10 changes to increase female leadership in the UAE – and the world? 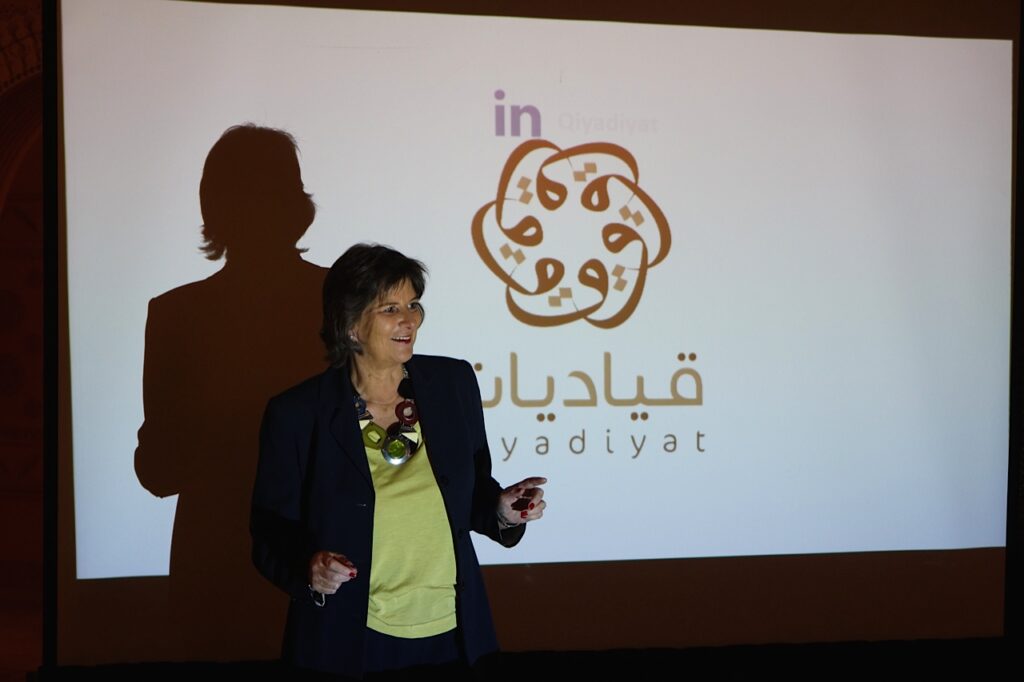 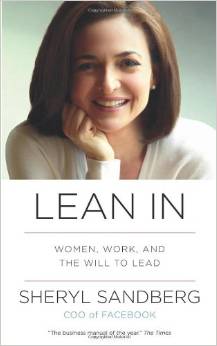 Sheryl Sandberg of Facebook says women have to ‘lean in’ if there are to be more women at the top. But what do other women believe needs to be done to create more female leaders?

I was delighted to be the moderator for a Qiyadiyat evening discussing just this. Qiyadiyat is ‘an empowerment platform for current and potential Emirati female leaders’ where these bright women learn, support and help each other to win the leadership positions they are aiming for.

We started by watching Sheryl’s TED talk and then discussed what we saw as the key issues holding women back in the workplace.

After a lively debate and wide-ranging views – I then asked these inspiring ladies, ‘if you could change just one thing that would make a difference – for yourself, your organisation or the country – what would it be?’

They suggested both personal and big picture changes and the answers themselves gave insights to the issues, as women see them.  A lot of confidences were shared which will go no further, but below is a summary from the more general points of the discussions.

In the video, Sheryl Sandberg said

“Women do not negotiate for themselves in the workforce. A study in the last two years of people entering the workforce out of college showed that 57 per cent of boys entering, or men, I guess, are negotiating their first salary, and only seven per cent of women.”

This resonated with the Qiyadiyat women who said, “I can and do negotiate for the other women in my team – but I can’t do it for myself” and “I was promised a salary increase and promotion, but when it failed to happen I couldn’t push for it. Our culture gets in the way.”

Following this, one delegate said she would now start negotiating for her sisters. She said: “If we all start looking after each other and negotiating what we deserve, this will change things.”

This issue was clearly something everyone felt strongly about. The debate heard from one lady who said she knew she was better than her boss, but admitted she had allowed herself to be passed over for promotion and not given more responsibility. Listening to the feedback from the floor, she agreed that she needed to start standing up for herself and would now fight harder for recognition. 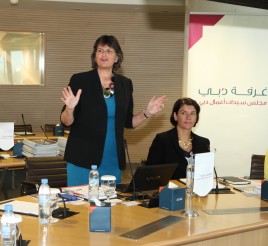 This is something that Northern Lights has been helping a number of leaders with – directors of all nationalities and around the world, including Emirati men and women. Today, business leaders need to be more than just good at their job to be promoted or hold senior positions. You have to be networked, active and be influential outside of your company and be seen as an expert and thought leader in specific areas. You need a strong personal brand.

Many of the women in Qiyadiyat are already extremely successful at doing this, regularly writing articles, speaking at conferences and writing leadership blogs. But others admitted there was a need to improve their speaking and have more impact in what they do at work and in public.

The Qiyadiyat women have a wealth of business tips and experiences they are keen to pass on. By sharing these insights with the next generation of female leaders, they believe it will speed up the process of encouraging women to the top.

This was a really insightful comment that recognised if people are happier in themselves, they will work faster and more effectively and achieve more success.

There was a lot of discussion around legislation for maternity leave and other employment rights. In the UAE, women in the private sector are entitled to 45 days maternity leave and 60 days in the public sector. As one leader said, the tradition is for a woman to spend 40 days with her family after giving birth so culturally, this is a challenge.

It also does not compare well with legislation around the world. In the UK women can take a year off, but as this Telegraph article highlights, that causes its own problems, with women worrying that long maternity leave will affect their job prospects.

… and ask for what I deserve

This comment reflected the mood of the whole evening’s discussion. There was nothing strident about these women, they wanted to work alongside men and didn’t want to be promoted for ‘tokenism’ but to do a good job and be recognised for it.

While they recognised their strengths, they also wanted vibrant, mixed gender management teams and thought everyone needed more development opportunities to achieve this.

10. Women to be more confident 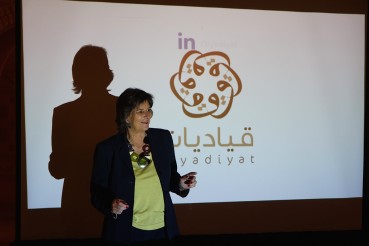 While this group of senior women is highly confident, there was recognition that many women at work still aren’t. Confidence was seen as a crucial element in everything we discussed – negotiation, being recognised, being a visible leader and winning the ultimate promotion.

This summary above only touches on the breadth of debate and passion for the subject. What was so encouraging is that women are recognising they need to take responsibility themselves – it is not all about legislation, crèches or quotas.

Many in the West are surprised when I say we work with female Emirati leaders – they have a rather distorted view of working women in the Middle East.

One thing is for sure, these women are most definitely leaning in, they are supporting their sisters and I, for one, am certain they are leading change. They are outstanding not just in the UAE, but in world class standards and we wish them every success.

Sheryl Sandberg concluded by saying she doesn’t think we will see significant changes to the number of women at the top, in her lifetime. Do you agree?