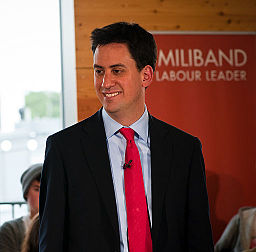 The country is in shock. Well, journalists and ‘commentators’ are because they all got the election so wrong. Their focus now is on who will take over, how did we get it wrong, can the polling industry ever recover – and of course (the most important) where is Ed’s Stone? If you know the answer, big rewards are on offer. 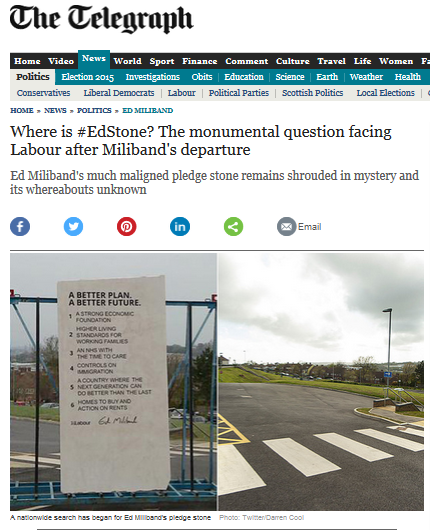 But on a more serious note, I think there are dozens of lessons for every business to learn from the Labour Party’s campaign in terms of communications.

I always worry when a potential new client comes to see us and half the conversation is about their competitors. I want to hear passion for their customers, understanding their needs and looking to the future. They need to be confident about their own business, not constantly criticising competitors.

All the political parties did this to some extent and the public hate it.

2. Apologise for past mistakes

Frank Field, former Labour minister, this weekend wrote: ‘Yes, Ed, we DID spend too much money. And we should say sorry”. 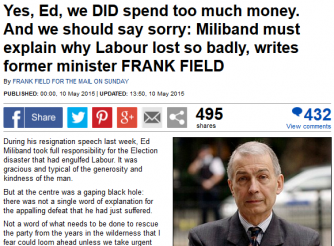 The same with the banks who, in most people’s views, have still not apologised properly for the financial misery they put the world into for the last seven years.

The public won’t start listening or trust you until they believe you have understood what you did wrong. No positive communication will work till you have dealt with the negative.

3. Get advisers with judgment – and listen to them

It is clear from an article that Lord Glasman – Labour peer and Ed Miliband’s mentor – wrote this weekend, that he had been telling Miliband that he needed a strategy for the last three years. He accurately pinpointed the lack of any clear policy, anything for people to buy into or any recognition that you have to get the economy sorted in order to have money for the NHS, education and the rest. 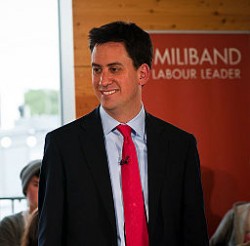 By Ed Miliband for Leader [CC BY 2.0 (http://creativecommons.org/licenses/by/2.0)], via Wikimedia Commons

But it was also clear that Miliband and his campaign team weren’t listening.

This is a tricky one for businesses too. Which advisers do you trust and listen to? Sometimes as a leader you have to believe in yourself and go against what others are telling you – in fairness to Ed, he accepted full responsibility and resigned for getting it wrong.

Reading all the papers today, it sounds though as if Miliband didn’t set up a ‘challenge’ environment for himself. Getting yes people around you is the road to ruin.

4. Be specific when communicating

5. Don’t be arrogant and pre-judge the public

I have put these two together because they are both about Ed’s Stone. The first is that communications should always be SMART (specific, measurable, actionable, realistic and timely).

Goals such as ‘A strong economic foundation’ or ‘Controls on immigration’ are ridiculous (these were two of the goals engraved on Ed’s Stone). And whether it’s your employees, your customers or the public in the election – people aren’t stupid. They can see you are fudging things and don’t really have a specific goal. So you become ridiculed instead of seen as a leader who can commit and achieve.

This feels really mean to mention. But if you are signing a document as the leader, does your signature look like a leader’s? 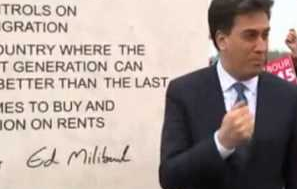 In Ed’s case, he may be left-handed, have all sorts of problems – but the signature on the stone looks childish. It does not fill you with confidence, it distracts and raises question marks.

Either practise writing a strong signature – or don’t use it on public PR documents.

Those in the know are saying time and again that Ed Miliband (like Gordon Brown) was an intellectual. Nothing wrong in being intellectual – but you have to check that your policies and communications work in real time.

Get yourself a bunch of people who know nothing about your business – or your political party – and use them as a sense check for you and the business. I know one leader who goes to see his mum every Sunday and runs his new ideas past her – if she can’t make sense of them he knows most people in his business won’t.

And there is a professional firm that has introduced reverse mentoring – every leader has a new recruit or junior manager mentoring them. It keeps their feet firmly on the ground!

With all these issues, the key is good communications. Listen properly to your ‘customers’ whoever they are; don’t build a team of yes people around you; be specific in what you plan to do and don’t believe your own hype!

Any other lessons we should be learning from the disastrous Labour Party results?