Are Leeds’ students the most selfless in the UK? 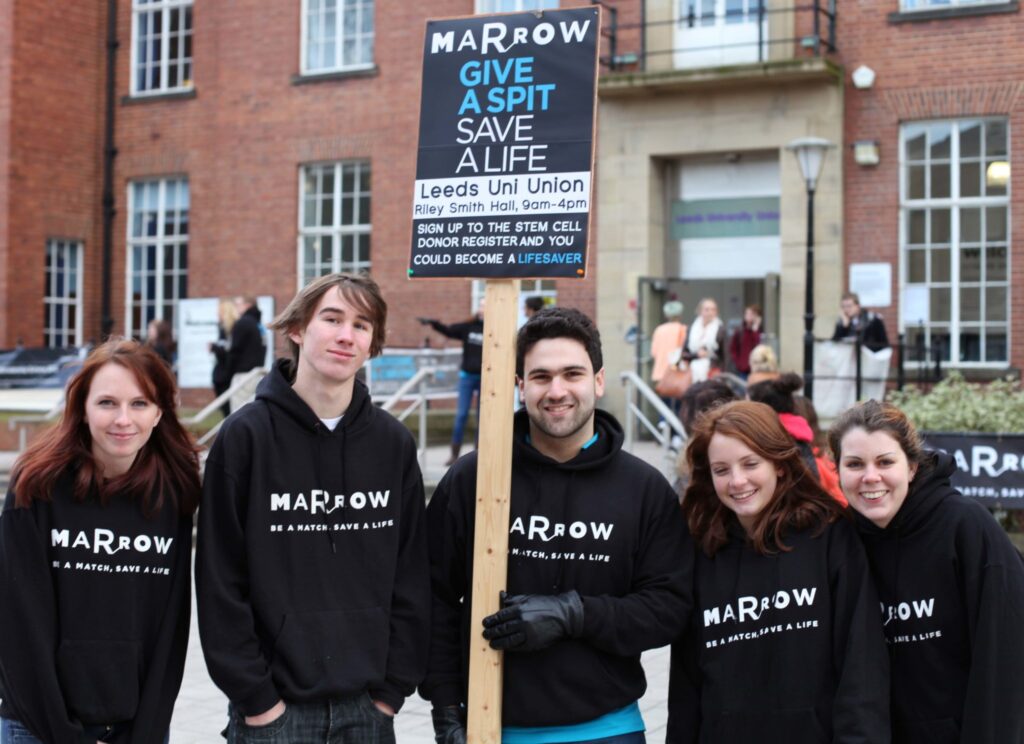 More than 400 students have offered their bone marrow to help strangers at the University of Leeds, if they prove a medical match.  Over the year, around 2,500 Leeds students will help in total.

Leeds Marrow, the student-run branch of the Anthony Nolan charity has a team of volunteers from Leeds University Union (LUU) to explain that if students prove a match, the follow up – which may not be for many years – will involve a course of injections and visits to London for a medical and then a four hour procedure to extract stem cells.

The students initially give a saliva sample, their details are registered and around one in a thousand will at some time be asked to donate stem cells for a sufferer anywhere in the world.

Leeds students have so far proved the most selfless in the UK.  Marrow works with 40 universities across the UK and signs up 9700 people a year – Leeds making up more than a quarter of these.   Behind them are Sheffield with 700 students registered last year, Southampton had 600 and Newcastle with 500 students.

Nick Raynor, a volunteer medical student at Leeds Marrow, said:  “For many people with blood cancers, such as leukaemia, a stem cell transplant is their last chance of life. For a transplant to be a success, they need to find the right match.

“However, 70 per cent of people who need a transplant are relying on finding a stranger who is a match, and 50 per cent never find a match as a suitable donor isn’t on the register.

“Leeds students are brilliant, they are so generous.  Very few will actually be called on but it is vital that if they are ever a match, they follow through on this.”

Calum was a volunteer and then treasurer for Leeds Marrow from 2010-2012. In his second year at university he signed up to the bone marrow register and was found to be a match for someone.

He said:  “I knew there was a 1 in 1000 chance that I was a match for anyone, and so when I heard I was a potential match I was very surprised. I had some blood tests done at my GP’s to confirm I was a good match, and then I had a medical in London which all went well.

“It is all done anonymously – my stem cells could have been going anywhere in the world!  I was a bit tired after, but the procedure was quick and simple.  More people should do it. It’s an amazing feeling, so get yourself on the bone marrow register and potentially save a life!”

Leeds University Union is a charity which represents every student at the University of Leeds with more than 33,000 members.  Since 2007 the union has been actively working to ensure students make a positive contribution to Leeds.   Students volunteer more than 88,000 hours a year and last year raised more than £325,000 for local charities, including supporting homeless projects and the Leeds Marrow project.