Are men receiving significantly more support to reach board positions than women? 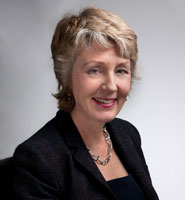 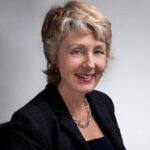 A new report out today (Tuesday 20 March 2012) shows that more men than women who aspire to reach the boardroom are likely to be offered support by their employers.

Praesta, which coaches 450 top executives a year of whom 120 are senior women, has published research into the issues that top females discuss through their coaching.

Stepping into a new leadership role was the most common reason for organisations to sponsor both their senior men and women for coaching (59 per cent of women; 46 per cent of men). But a further 40 per cent of the senior men came because they were being given support with their aspirations to reach executive level, whilst fewer than 10 per cent of women were sponsored for this reason. Are women not asking and/or companies not noticing?

Mairi Eastwood, co-founder and partner at Praesta who led the research, said:  “Last year Lord Davies of Abersoch set FTSE 100 companies the target to achieve 25 per cent of women board members by 2015.  While there are now 22.4 per cent of female non-executives, the biggest challenge remains in increasing female executives – still only at 6.6 per cent.

“Many chief executives are extremely frustrated that, despite numerous initiatives, they can’t seem to persuade enough women to apply for senior roles.  Our coaching holds some of the stories as to what is holding women back – and what chief executives need to do to overcome these blocks.”

There is a fine line for women between being seen as ‘too soft’ or ‘over aggressive’.  The sponsors of more than a quarter of women (27 per cent) who were coached said they were over-aggressive – though most of the women strongly disputed this label.  And six out of ten of these senior women lack confidence in their talents, even though they have demonstrated them by reaching the boardroom or just below.

Eastwood says a critical issue for women is to find a style of leadership that feels authentic “Women have relatively few role models.  Their leadership style is often more consensual and can be seen as soft, but is actually very successful.  Chief executives need to ensure they judge by results rather than methods and actively encourage a range of leadership styles.”

She adds that companies and HR directors need to look closely at the issue of female confidence:  “It is striking that more than half of senior women want help with their confidence.  It’s very late for this to be highlighted as an issue – and you wonder what is happening further down the organisation.  We believe this is one of the keys to encouraging more women into senior roles.”

Other areas for chief executives to address include:  reviewing their top talent identification processes to ensure they are not overlooking those who are highly skilled but lack confidence; encouraging different styles of leadership and breaking down stereotypes; creating a climate of trust so women and men can be open about the support they need and considering a sustained drive to get 30 per cent female representation at executive level.

A female FTSE board member came to Praesta because she found a particular all-male board was ‘Too much testosterone, even for me.  I can’t get my points across.  No one listens to me.’ The coaching identified she was very good at making clear business cases for actions and using influencing skills to position proposals she wanted adopted.  She realised she had all the necessary abilities and was just being deflected and ‘deskilled’ by the culture.

Praesta’s coaching is paid for by the business or organisation.  A director – often the chief executive – attends the first meeting to agree the objectives of the coaching. The top issues cited by directors are: developing influencing skills; establishing presence and gravitas; networking and stakeholder management skills.

While women agree they need help on influencing skills and having more presence, they also want help with confidence and managing office politics – which are not seen as major issues by their board directors.

The men and women who are coached by Praesta are generally in the top three levels in their organisation and typically aged around 45.  By far the most common reason for women to be coached is because they have stepped into a new more senior role (59 per cent) against 46 per cent of men.  Among the men, 40 per cent are coached because they aspire to be executives – against just ten per cent of women who are being supported in this aspiration.

The public sector has made a concerted effort to support more women into senior roles in recent years – nearly half of the women that Praesta coaches come from the public sector, as against just 18 per cent of the men.  There are now higher proportions of women in senior public positions than in most sections of the private sector – providing a larger pipeline of female candidates for the top roles.

Lord O’Donnell of Clapham recently said that the civil service had already reached a point where half the permanent secretaries in the 16 home departments were women and that there was a growing contrast between the public and private sectors in terms of gender balance:  “I’m really worried about the private sector in terms of its failure to pick up on a huge reservoir of talent in terms of women. I would never think I was conquering the diversity issue in the civil service if I put lots of female non-execs on the board.”

Praesta’s report “Why are there so few women in senior executive roles?” is available free from Joanne Gavin at Praesta on 020 7907 2450