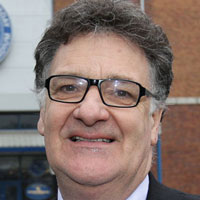 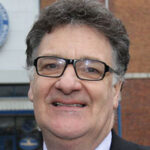 Brendan Guilfoyle, partner at The P&A Partnership and administrator at Bradford Bulls, has confirmed the sale of the business and assets of Bradford Bulls Holdings Limited to OK Bulls Limited for an undisclosed sum, completing a rescue of the Super League club and saving 158 jobs.

The sole director of OK Bulls Limited is Omar Khan, a leading businessman who owns the award-winning Bradford restaurants and catering business under his own name.  Gerry Sutcliffe MP for Bradford South is also involved with the business.

Guilfoyle said:  “This is a great achievement for Bradford Bulls, the players, fans and the city of Bradford.

“My main duty as administrator is to get the best return for creditors – and this was the best deal on the table.  Omar Khan has also passed the Rugby Football League’s test as being a ‘fit and proper person’ to run a rugby club as well as being a passionate fan of the Bulls.

“I am really pleased that we were able to retain the playing squad without selling off young stars – which in the end was a crucial decision to achieve the sale.

“There are many people to thank in making this deal possible, not least employees, coaches and the interim chief executive who have all been working without pay.  But I’m sure they would join me in saying the fans’ support has been outstanding and they have played a major part in this rescue.  And through all this the players have won an extraordinary string of matches.

The P&A Partnership is a leading specialist business turnaround and insolvency firm with offices across the UK and in London.  Guilfoyle specialises in sports’ administrations and has been involved in the administrations of Leeds United plc, Luton Town, Crystal Palace and Plymouth Argyle.