Does the BBC despise business? And why?

The latest storylines in The Archers – of two appalling interim bosses – has left me dismayed.  OK this is fiction, but surely there is meant to be some kind of empathy between the listener and the storylines?  You have to ask, is this how the BBC sees business people?

For years we have had the caricatures of ‘capitalist pig’ Brian Aldridge, ‘dishonest rogue’ Matt Crawford and the rather flaky Lilian Bellamy.  The two latest bosses – a temporary chap at the luxury hotel and Martin Gibson parachuted into the golf club – have no respect for their employees, never listen to their views, think they know best and make mistakes without ever admitting or apologising for them.

I spent my early career in engineering and manufacturing and believe me, have seen some pretty awful management styles.  But never, ever have I come across business owners or managers as truly appalling as these.

So why do we need the BBC to reflect business people in a more realistic way and why is it that businesses have for years been saying the media does not like or reflect what we do?  And do we in the business community have a role to play in bringing change?

1.       Why does it matter if the BBC is passionate about business?

Yes, the Archers is fiction.  But it reflects a wider picture of the BBC (more on this below) – and I think it matters.

According to Enterprise Nation, reporting on the Department for Business, Innovation and Skills figures in October 2012

There are more small businesses than ever before

The business sector – and small businesses in particular – are a major part of the UK economy.  They are the most critical factor in turning this country around and ensuring the recovery continues.  Someone has to create the wealth that pays for the BBC, the arts, the charities, the welfare benefits, the NHS and MPs and civil servants.

In many ways, the BBC is the ‘voice of Britain’.   So you would expect the BBC to be interested in and covering a wide mix of views about business, the largest part of the working population?  And overall to be supportive of us, not portraying us as Dickensian ogres?

If you want evidence of just how little the BBC does in this area, I did a Google search for images of ‘BBC and business’ for this blog.  Just look what came up.  Perhaps the empty auditorium says it all.  I don’t ever remember getting such a flat image search.

Some years ago, the BBC held a regional road-show to tell businesses how important we were to them and how they wanted our stories.  To demonstrate their commitment to business

I was recently invited and trained to be a BBC expert woman at Salford – this is to address the lack of female commentators in the media.  It is a great initiative and I was delighted that out of the 30 women on the programme, three of us were small business owners (the others included a wide range of expertise from space scientist and midwife to cricketer and plastic surgeon).

Part of the day was a panel session with well-known presenters, producers and agents for us to ask questions and explore areas where we could contribute.  During discussions I picked up on a point already being made by the other two businesswomen and said ‘the BBC doesn’t do business’.  I later heard this caused quite a shock.  At the time, the immediate response was ‘what about Evan Davies on the Bottom Line’ and then later ‘oh, and what about Peter Day with In Business?’

These are two great programmes – and definitely the best representation of business on the BBC – but surely two half-hour Radio 4 programmes out of all the hours of BBC commissioning on radio and TV is not representing our sector?

For me, the most interesting part of this discussion was that apparently it caused a stir.  Why did it jolt people – to be honest I didn’t think I was saying anything shocking, just stating a fact.

This blog is not about slating the BBC.  I have a huge amount of respect and affection for it and it is taking too much of a knocking on all fronts.  What I want to do is raise the debate and recognise that we in the business sector should be doing something on this front too.  It’s not about blame but change.

I have done a lot of thinking since my day in Salford and have come up with a theory as to the nub of the problem.  I reckon that those in the media mostly start out as Oxbridge graduates, training in journalism and by their very natures, will lean more towards the left, reading the Guardian and wanting social change.  Most (and I am making sweeping statements here) will instinctively see business as the capitalist pigs of Brian Aldridge.

Before starting this blog, I chatted to my husband and said ‘I bet if I research key people in the BBC they will mostly be Oxbridge  and mostly have degrees in PPE (philosophy, politics and economics), English, History and Classics’.

Well I got that wrong – History and Classics don’t get a look-in (from my very quick, snapshot research on Wikipedia, summarised below – this is in no way proper ‘research’). But the PPE and English wasn’t a bad guess?

The nearest to business experience that I could find was working for London Business School, writing for the FT and working at the Institute for Fiscal Studies.  Even Robert Peston is more about the big picture of banking, corporate take-overs and regulation than the issues facing the one-man band in Middlesbrough.

As someone with a mere HND in Business Studies, I have nothing but admiration for these bright, academic stars.  We need their intellect to analyse economic trends, employment figures and identify future issues.

But I don’t think any of them would say they really have insights into the day-to-day business lives of most UK entrepreneurs – they only get to see the big moments:  crashes; major new orders; new investments; exporting. 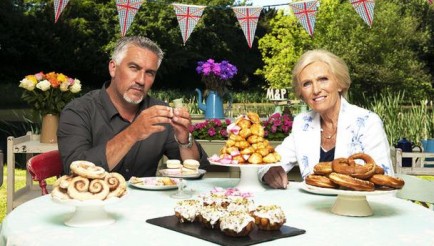 The BBC is already making changes which will help to some extent.  The BBC expert women initiative is a small contribution and the BBC itself says its move to Salford is starting to shift its perspective on business.

According to media bosses, the reason there aren’t more women commentators is because women don’t put themselves forward as much as men do.

Could the same be said about business?  Maybe we don’t spend enough time getting to know the media and suggesting programme ideas to cover business properly (ie not as in the Apprentice or Dragon’s Den – however good TV they may make) and be watchable?

Sometimes I think media bosses underestimate what the British public will enjoy on TV – the Great British Bake-Off is a great example of covering a fairly mundane subject without hissy fits and drama but attracting millions of viewers. How could we do the same for business?

What do you think?  Have I got this wrong and business is well represented in the media?  Should we be looking to change this – and how?  Does my theory resonate – that Oxbridge PPE graduates don’t have a natural affinity with business?  Or have you got a better theory for the disconnect between business and the media?!