Driving traffic to your Facebook page: Don’t put all your eggs in one basket 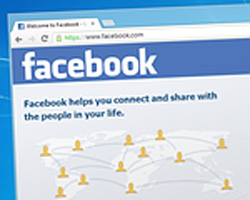 Are you desperately trying to drive your customers to your Facebook page to ‘like’ it, take part in competitions, comment on your products and services and tell their friends about you? After all, they are on Facebook anyway so you might as well go to them, right?

But whilst you’re driving all that traffic to Facebook have you stopped to look at your own website stats? According to Rob Wilmot, founder of Freeserve and web/social media revolutionary, many companies are putting all their eggs in one basket with ‘de rigeur’ social media platforms like Facebook. At a recent event he warned against what he called free advertising for Facebook and reminded the audience of young business people that websites, email marketing, call centres and face-to-face interaction are still as relevant for reaching customers as ever.

SEO experts are always telling us that content is king and you need to be in as many places as possible on the web, especially on social media platforms which do well in Google rankings. However, this is about link building back to your website, not away from it. Rob said he first picked up on the problem when flicking through adverts on prime time TV. He noticed that most big brands (including Vauxhall) were only giving their Facebook page address – and when he visited these pages he found few triggers to drive people to the company’s actual website. He was also concerned about companies like Vodafone that are putting all their energy in responding to customers who complain via Twitter – but not answering telephone enquiries!

Despite its seemingly all-powerful following, Facebook could fall out of fashion as quickly as it grew, especially when Google+ takes hold. The Google+ model of allowing you to interact with different ‘circles’ of people on one platform could also mean the decline of LinkedIn, Twitter and others as people start doing everything in one place. Google’s +1 tool will also make website content even more important because your Google ranking will depend on how many people endorse it.

Take it from the man who isn’t just an early adopter of the web and social media but one of the self confessed geeks who first saw its potential and made it happen – your website is still where your customers need to be.