Dubai Expo 2020 worth £24bn – what are the opportunities for businesses? 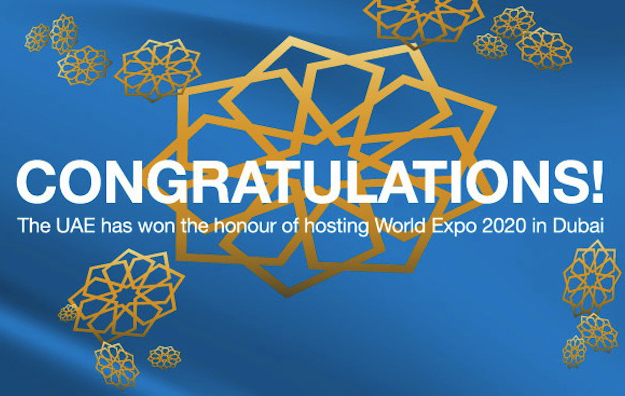 Northern Lights has been doing business in Dubai for nearly two years.  In November 2013, the Emirate was named host of 2020 World Expo, with the theme “Connecting Minds, Creating the Future”.

Considering how British-friendly the UAE is it is surprising how little has been reported in the UK or world media about the opportunities this will bring for British and other global players.

In this blog, I thought it might be useful to give a snapshot of the Dubai economy, where experts see the greatest opportunities and some thoughts about how your business could tap into these – and where to go for help.

Expos are the third largest global non-commercial events, following the Olympic Games and the Fifa World Cup. According to its organisers, Dubai Expo 2020 will bring £24bn GDP and £14bn in added value to the economy.

Dubai has a population of two million (UAE’s population is nearly nine million), so this is like saying Greater Manchester will generate £14bn for the UK economy over the next six years.

The Expo will be on a 438-hectare site at Dubai Trade Centre in Jebel Ali, on the southwestern edge of Dubai city, and will attract more than 25 million visitors to Dubai between October 2020 and April 2021.

There will be a new type of exhibition and presentation spaces: the Innovation Pavilion and the Innovation Labs, showcasing projects inspired and supported by Expo Live.

The biggest investments are clearly going to be in large-scale infrastructure.  In 2012 I was part of UKTI trade mission on the rail industry – covering major rail developments from Turkey to Oman.  All the big players were there – from civil engineers such as Atkins to service providers such as legal firms.  The initial focus is on freight, linking to ports, but passenger trains are planned for later phases – but this was before the Expo 2020 win.

Early in December 2013, a local paper reported there was to be a second major motorway through Dubai – another Sheikh Zayed Road to cope with increased Expo traffic (the road already sees major traffic jams).  Although a senior banker warned that you get lots of reports like these that often go nowhere, there is no doubt that new roads will be a major priority.

IT growth is expected around 1 to 2% as a result of hosting the Expo – mostly around large-scale infrastructure-based investments.  Taj El Khayat, General Manager for Mena at Riverbed Technology predicts that new information networks will create new business models, improve business processes and reduce costs and risks. He says that industries gaining a competitive advantage from “connectedness” include fleet management (for tracking goods and vehicles), consumer electronics and retail (stock control).

Property is seeing such growth, that this is becoming a major concern.  Real estate in Dubai is reported to have risen 25% to 30% in 2013.  Three Dubai friends mentioned their landlords wanted rent increases of around 10% within just weeks of Expo 2020 win being announced.

The government is taking a number of steps to prevent another property bubble – which was behind the crash in 2008.  These include regulating the holiday homes market, new mortgage caps, and a doubling of transfer fees on property sales.

3.       Dubai is one of the most hyper-connected places on the planet

“Dubai might be one of the most hyper-connected places on the planet. You can see it on the streets and in the malls. There are not many places where you can mingle with more than 200 different nationalities. You also see it in the art galleries where Dubai has become a hub for contemporary South Asian and Middle Eastern art. And you see it in trade, where Dubai has emerged as one of the world’s leading global hubs. Its airport stands alongside Paris, London, and Hong Kong as among the busiest in the world in terms of international passengers. Its major airline, Emirates, is on track to become the biggest in the world. In 2009, Dubai attracted more international tourists than Paris. It consistently ranks in the top 10 cities visited globally.

These are dizzying numbers when you recall where Dubai came from. A generation ago, it was just a modest regional entrepot. The soaring skyscrapers should not hide this essential fact: Dubai’s rulers

created their future by making big bets on infrastructure and creating an environment conducive to trade. It is still a work in progress, but there is no doubt that Dubai has emerged as one of the most consequential global hubs of people and commerce.” 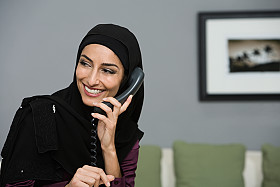 Dubai Industrial City, located next to the new Al Maktoum Airport, will target exhibitors and investors with its products, including warehousing and logistics solutions.

Gulf News believes SMEs will take a larger share of overall IT spending and have a unique opportunity in leveraging IT, given some of the new delivery models that are coming, which are less capital intensive.

5.       Where are the opportunities for British companies?

The opportunities are considerable in Dubai for businesses large and small.  We won a major contract from our first meeting – this blog explains how we did this.  It is a relatively easy country to do business in – English is the main business language and there is generally warmth towards British companies.  Meetings mostly happen on time and you can fit in six or seven in a day – typical taxi journeys in the business areas are usually less than 30 minutes.

However, you do need to spend time and commit – a local phrase is ‘you have to be in it to win it’ – and on the whole, there is an aversion to consultants ‘flying in and out’.

We have got a full trading license to demonstrate our commitment – not from one of the many freezones.  There has been a lot of debate as to whether we needed a license or a full one, but it’s felt right to us.

We see the opportunities for smaller businesses as

–          Investment and investment broking.  This is not an area of our expertise but there is no doubt that there are considerable opportunities to invest in Dubai – and to help both expats and Emiratis to invest globally

–          Specialist advice – Dubai is growing up quickly.  If you have particular expertise to address specific issues, there is a market from customer service to technical skills

–          Clearly the Expo itself, looking at who will be taking part and what support do they need?  This is the site that will have more about how to take part in Dubai Expo 2020, with themes around sustainability, mobility and new financial models

As with any business/market, the more niche and the more your business addresses a particular growing need, the more there is an opportunity for you.

The UK government is showing every sign of real commitment to the UAE – David Cameron has visited Dubai three times since becoming UK Prime Minister, apparently more than to any other country.

The British government recently announced two centres to be launched in Dubai and Abu Dhabi in 2014, designed to help British SMEs establish a foothold in the UAE. These will offer ‘practical advice to newly arrived businesses, as well as support with affordable facilities and finding local sponsors’.

We recently helped a business leader to get a snapshot of the business side of Dubai and its opportunities.  We set up meetings in the financial centre, Knowledge Village (where education and universities are based), Business Bay, business support centres and to industrial areas – and met bankers, large corporates and entrepreneurs.

We would be happy to do something similar for other businesses, tailored to your sector and introduce you to key people who can get you started.

We wish everyone taking part in Expo 2020 every success and look forward to our continuing relationship with the wonderful Emirate of Dubai.