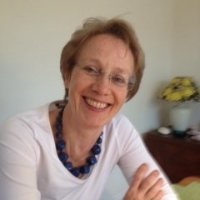 Catherine Manthorpe works at the University of Hertfordshire and has been exploring how academics use social media to support their research.  She has noticed that there is a broad divide between those that have enthusiastically embraced social media and those that view the prospect with varying degrees of alarm.  Scratching the surface a bit more she has perceived that there is a set of beliefs in operation which constitute a form of ‘social media anxiety’ which is a barrier to some people engaging.   As someone relatively new to this form of communication and engagement she gained highly useful insights from attending a one-day Training Gateway course on ‘how to develop a social media strategy’ led by Victoria Tomlinson, the founder and chief executive of Northern Lights PR and BBC’s ‘expert woman’ in social media, business and education.

‘I know I should be engaging with social media – but it is too overwhelming to know where to start’.  This is a common view.  There are a lot of social media tools ‘out there’.  Social media courses which offer a sort of ‘Cook’s tour’ of all the types of social media available for academics to use just add to the anxiety and the sense that you would need to take a sabbatical simply to get to grips with it all.  Watching someone deftly switch between Twitter, Prezi, Pin-it, Bitly and many more can engender a form of panic and the need to return to the solid ground of printed matter!  The answer is to start slowly with a plan of what you want to achieve.  These are tools – just like the digital, on-line information resources used by Libraries.  There is no need or requirement to use them all at once.  Work out what you want to do and find the right tool.  The push for many academics these days is the need to engage beyond academia – and social media can be a great tool to do that.

‘I don’t have the time to add social media to my working days – and nights.’   This is a very real concern.  Time is a highly prized and precious resource which is increasingly in short supply.  The demands on time in academic life are legion.  But social media is part of a digital revolution which is changing the way in which research is being done – this might be especially so in the humanities and social sciences.  Disengagement is not a sustainable strategy.  Social media training does not yet form a central plank of doctoral training or researcher development strategies in universities.  Social media is about doing things differently – but academics need support to do that.

‘I can’t keep up with the torrent of information on twitter – so I won’t start.’  This of course is a variant of the ‘time’ anxiety.  We are all bombarded with information.  Complaints about email traffic don’t go away.  So why would anyone voluntarily add more traffic to their desktop or smartphone?  The answer here is that it is just information and that you are in control of it.  You decide whom you follow.  You decide how often you want to look.  There is no requirement to follow up everything that comes into your timeline.  There are a range of tools to help filter and organise the online stream.

‘My ideas aren’t ready to share with so many people.’  This might seem odd for people whose role is to investigate phenomena and report on them.  But in fact it is the nature of academic training and the research method that you don’t report on your findings until you are sure of them.  The speed of social media cuts across this.  It replaces reflexivity with instant comment – or so it seems.  That is uncomfortable for many.  However on closer inspection many tweets, for example, are not instant comment at all but a clever vehicle to direct people to more extended pieces of writing whether in a blog, newspaper or article.  Another way to look at it – and successful bloggers know this well – is that social media is all about reaching out and sharing ideas with a larger community to enrich the debate and help shape and develop the ideas.  Emily Darling has written that ‘Twitter allows your research to reach ‘a global faculty lounge’ that can be seven times larger on average than a scientist’s typical academic department.  It allows your papers to reach, through tweets and retweets, not only other social scientists, but also journalists, decision-makers and the general public’.

‘Once it is out there – I can never take it back – what I say might come back to haunt me.’ This is true.  But the same applies to all forms of print media – it is just that traditional forms of dissemination might have reached smaller audiences, took longer and were less easy to share.  No-one can now be entirely dis-engaged with social media – for example what is said at seminars and conferences can be tweeted by any member of the audience.  All that this new form of communication does is underscore the need to think before you press the ‘send’ button. Just because things can be shared quickly doesn’t mean that we should stop being reflective.

I would love to her from other academics if any of this resonates – and their own views. Please do share in the comments below.  And if you are an academic wanting to get started on social media, I would really recommend the Training Gateway course, Social Media Strategy, it opened my eyes to being strategic and tackling all the concerns mentioned above.