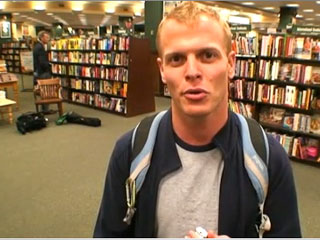 The purpose of social media in business is to give your customers new and easy ways to talk directly to you; to share your expertise and help others; and build relationships with new people who might become customers one day.

The most important aspect of social media is therefore to have two-way conversations.  If someone asks you a question 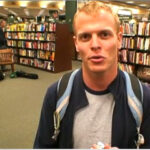 on your blog, praises you or criticises you on Twitter – you need to reply.

In the last year, I have tried to engage with a number of social media ‘gurus’ and been sorely disappointed.  It looks like these industry icons are great at engaging with their audiences while they establish themselves, but when they build large numbers of followers the whole thing becomes unmanageable.

Of course I accept I don’t necessarily make the wittiest comments and maybe I have just been too dull to bother with.  But I am convinced that businesses need to worry about building more followers than they can realistically handle.

So who are the disappointments?

Six weeks ago I had never heard of Tim Ferriss.  Then our IT guys emailed me a link to his blog and I spotted a conference he is organising in LA in August at an increasing price – at that time set at $8,000.

Sometimes in life you feel you need to take risks and do something extraordinary.  So on 20 April I filled in an application form – there was supposedly a strict vetting procedure and you had to prove you had the money.  I never got an email confirmation and a few weeks later left a comment on Tim’s blog, asking when we would hear.

A few more weeks went by and I spotted others were having various problems with this application and I had still heard nothing, so I left a post on his blog on 30 April

This afternoon, I tweeted Tim direct – he says that comments on his blog or tweets are the best way to contact him.  OK, it’s Saturday.  But I’ve still heard nothing.

You know what?  If they come back now to say I’ve been accepted I won’t be going.  It’s a shambles and too high a risk for that much money and investment of time.

I was so excited at this opportunity to learn and help our clients and I feel badly let down – by Tim, by the hype, by social media.  Tim has a quarter of a million followers.

Brian Solis’ book Engage! was significant in helping me understand how to use social media better.

I wrote a blog about his book and mentioned his book again in the free ebook that I wrote earlier this year.  I tweeted to thank him for his help – along with thanking Julien Smith and Chris Brogan for their book Trust Agents and again referencing their books in ours.

I met Thomas Power at a CIPR conference last summer.  I liked him but wasn’t sure about his comment that Tony Hayward of BP should have used social media to help him communicate.  So I blogged about this and got great comments from people who had been at the conference – but not a peep from Thomas.  Thomas has 50,000 followers.

4. The social media gurus who delivered

I just Googled to see what is the opposite of disappointment – and Wikipedia gives ‘elation’.  That neatly sums up how I felt when these gurus responded to our blogs and comments.

First was Murray Newlands who was also at the same CIPR conference.  We’ve been in touch, emailed each other, LinkedIn and he’s helped us on several matters.  And Murray has 30,000 followers so he is no small fry.

Murray introduced me to Sue Keogh who maybe doesn’t count quite as a ‘guru’ yet but does have 1,500 followers and is well respected in the social media field.  She sent information for our blog, has LinkedIn with me – and when I asked her for an introduction to someone in the music industry for a friend, she could not have been more helpful.

Then there was Rory Cellan-Jones, the BBC’s technology correspondent who goes under the Twitter name of @ruskin147.  Rory was also at the CIPR conference but I didn’t get in touch till January of this year, when I tweeted him and asked if he’d give me a quote for our social media book.  He was charming and helpful and responded with a concise and informative paragraph – and witty into the bargain (read our book to see what he said!)

And finally, there was Jon Buscall – introduced to me through Lee Hicken of Hebe Media.  Not only did Jon respond to our initial approach, he loved our book, gave us a fab review – and did a 45 minute podcast with me for his website.  We had the most interesting discussion on how the B2B market is using social media and where it is going.  Jon has 1,700 followers.

Thanks to these four who restored my faith in the possibilities of social media!  Have you had disappointments or elations with gurus?!