Four lessons Boaty McBoatface can teach us about online campaigns 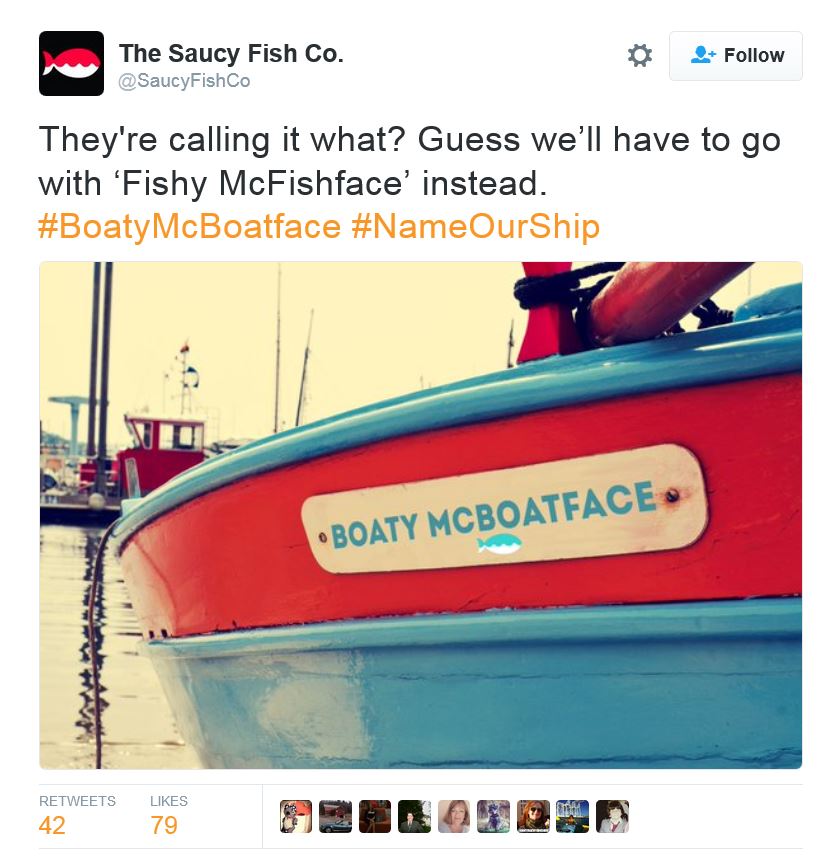 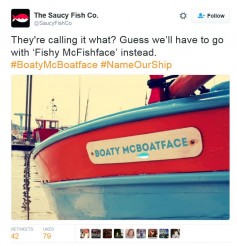 The saga of Boaty McBoatface has gripped the world for several weeks now and few could have failed to have missed it. It’s a tale of internet silliness butting heads with serious institutions amid a viral campaign that ran amok and generated acres of media coverage in the process. But, what lessons can we learn about so-called crowdsourcing content through social media and online channels. And, what can other businesses do to follow in the footsteps of the now infamous Boaty McBoatface?

For those who missed the story, the Natural Environment Research Council (NERC) launched an online poll to find a name for their new £200m polar research vessel which is currently being built in Birkenhead, Merseyside.

The internet stunt was an attempt to push interest and raise awareness of their work and originally was taken seriously, with esteemed scientists from throughout history being suggested as suitable names.

However, a simple social media joke triggered a landslide of online interest and the story went viral. Within hours, internet jokers had ensured that the name of “Boaty McBoatface” was leading the poll. The name attracted more than 125,000 votes and online fans repeatedly crashed the website as they weighed in to add their support.

Despite the overwhelming support for Boaty McBoatface, sombre chiefs at NERC pointed to a small disclaimer at the foot of the poll and rejected the name. This week they revealed they were calling the boat the RRS Sir David Attenborough.

However, one of its remotely operated sub-sea vehicles will be named “Boaty” in minor recognition of the voting frenzy.

You can’t control an internet audience

Unsurprisingly, this isn’t the first time the internet has hijacked a serious poll and had some fun. There are dozens of tales of well-meaning campaigns being thrown into disarray because of the anarchic attitude that internet anonymity can provoke.

Key examples include pop singer Taylor Swift being voted to perform at a school for the deaf, pop singer Justin Bieber voted to perform in North Korea – both ignored the result – and American comedian Stephen Colbert managed to win a poll to have a new wing of the International Space Station named after him.

Just last week David Cameron launched a hashtag called #voteconservative during the local elections and that was instantly hijacked by online jokers who dominated the campaign with dystopian examples of a Conservative future.

What are the risks and challenges of viral campaigns?

On the face of it – campaigns like these are far riskier than they are worth. When the outcomes of polls are rejected by stars, companies and organisations, they are met with howls of protest and claims that it is the death of democracy.

The reality is that the internet is anarchic, lawless and always ready to hijack any opportunity. The British in particular refuse to take anything seriously and have a great appetite for silliness, delighting in a Pythonesque mockery of sombre topics.

However, the value of publicity like this is enormous. Today, NERC is a household name and millions now have a basic understanding of their valuable work, researching our planet.

But, by rejecting the vote, they will miss out on a major opportunity to give people a much deeper understanding of what they are doing each day. If they had stuck with the name, how many millions of people would have followed the adventures of Boaty McBoatface as it voyaged around the world?

Now they’ve rejected that name, people will quickly lose interest and the massive following they garnered will rapidly diminish.

The value of a viral campaign

Many will argue this was a deliberate attempt to drum up publicity by NERC, but their actions since suggest otherwise.

Others have been swift to recognise the value of the story and have quickly leapt on the bandwagon. Aer Lingus have tweeted about Planey McPlaneface, South West Trains ran a service called Trainy McTrainface and we’ve even seen Horsey McHorseface the racehorse.

All of these quickly spotted the rapid growth of this viral story and got involved. As a result, they’ve all seen incredible global publicity that money can’t buy. It’s a lesson for all brands. If there is a viral story that is relevant to you, make use of it. 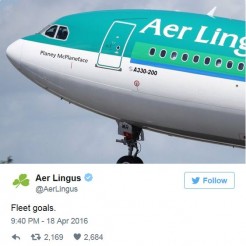 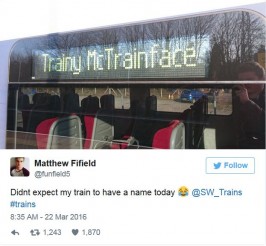 What are the lessons to be learnt from Boaty McBoatface?

It’s a tragic tale in many respects as NERC have failed to harness a true juggernaut of the viral world and their reluctance to embrace a little silliness will ultimately see them slide into relative obscurity once again. However, it does provide us with some key insights.

1. Don’t just try and engage the whole world – understand who you need to be speaking to and tailor it to them. Most involved in this had little or no personal understanding of NERC – if they aren’t personally invested in your brand or understand what you are trying to do, they won’t match your expectations. Target the right audience and tailor the message to them.

2. Expect the unexpected and use it – crowdsourcing content is hugely powerful but may not deliver your original objective. Don’t be afraid to run with the outcome. If they had stuck with Boaty McBoatface it would have continued to attract a huge amount of interest – from its maiden voyage to the voyages through the frozen seas.

3. Embrace your audience – brands are under an intense amount of scrutiny in the modern world and need to be seen to be genuine and in touch with their audience. By rejecting the public’s opinion, you instantly become aloof and appear disinterested. By painting Boaty McBoatface on your vessel, you give people a sense of ownership. “Boaty” the submarine just won’t cut it.

4. Cash in on other viral stories – look at the examples of Aer Lingus and South West Trains and see how they are using the media storm to promote their own offer.