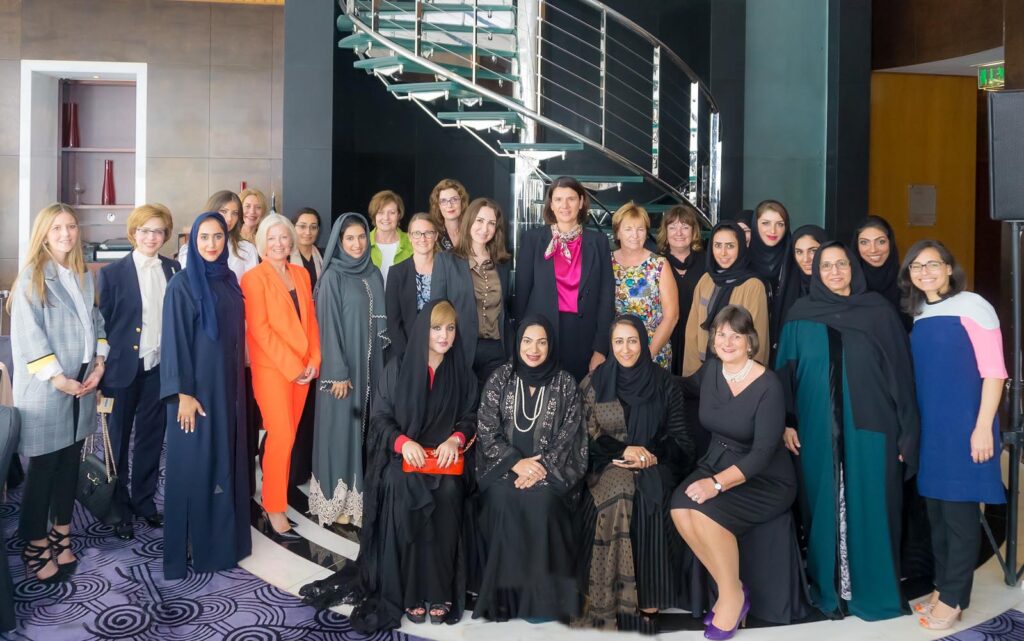 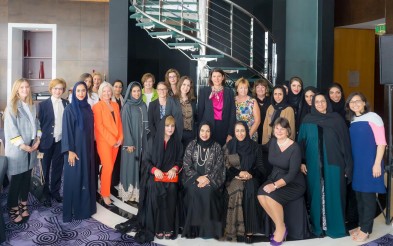 A leading Harrogate businesswoman has revealed the findings of her international research into how more women can achieve senior and board positions, at an event in the UAE.

Victoria Tomlinson, chief executive of Northern Lights which also operates in the UAE, has interviewed more than 1,000 female leaders to uncover the key ingredients of success for women.

Working with Northern Lights’ vice president in the UAE, Vania Henry, Tomlinson said their research shows successful women need strong personal brands to identify their expertise, make more impact in meetings and to be a recognised thought leader around their expertise.

Northern Lights launched the research findings and an initiative for female leaders at a lunch for 60 of the UAE’s most senior women, hosted by Lubna Qassim, executive vice-president and group general counsel of Emirates NBD, the largest banking group in the Middle East.

Lubna Qassim, who last month was appointed by HH Sheikh Mohammed Bin Rashid Al Makhtoum – ruler of Dubai – to the Dubai Women’s Establishment, asked Northern Lights to present their research findings at her lunch.  She said:  “I am determined to see more women in leadership roles.  Sheikh Mohammed has decreed that he wants to see a woman on every board – so the willingness is there from the top, the issue is how we make it happen.

“When I met Victoria and Vania of Northern Lights, I felt they had something really different and a new perspective on what women need to do.  Their thinking about personal brands immediately resonated with me.  Too many women do a great job and expect others to know and appreciate them.  That’s not the way it goes.  Women need to learn to promote themselves, but not in a brash way.  I am sure that thought leadership blogging is one way to demonstrate expertise.”

Victoria Tomlinson, chief executive of Northern Lights, said:  “Ours is not academic research but feedback from women when we have spoken at events, worked with leaders one-to-one and run workshops for groups of senior women.

“Confidentially we have heard dozens of stories where women did not know how to make an impact; or where they have seen less able male colleagues promoted because they were better known among management.  Even outstandingly successful women in the UK can be surprisingly modest – many even feeling uncomfortable when we shape their LinkedIn profile to reflect their expertise and accomplishments.”

Vania Henry, vice-president of Northern Lights and UAE partner, said:  “Women are trying to forge their own type of leadership model.  They have to package their considerable expertise and experience better if they are to be spotted for promotions and board positions.”

In response, Northern Lights has developed a number of services for leaders including personal branding, how to have impact in meetings and presentations and to become a recognised thought leader through blogging and social media.

Northern Lights was established by Victoria Tomlinson 25 years ago and started operating in the UAE three years ago. Victoria is a former director of Ernst & Young, a BBC expert woman, chairs an advisory board for the University of Leeds, sits on the board of Northern Ballet and has written an Amazon bestseller on How to write a Top-ranked Business Blog.  Vania Henry spent her early career in promoting brands for DuPont, DeBeers and others in Europe and was former director of communications for PwC in Luxembourg and the Middle East.’