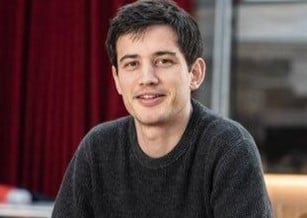 What were the non-executive hiring trends of 2020? And will these continue into 2021?

Here is a snapshot of what we’ve seen at Nurole this year – it’s not an academic analysis but as the leading player in the board hiring space we have had more than 1000 board appointments go through our platform over the last couple of years, from start-ups to multi-nationals in all sectors and government and not-for-profits included. So we are probably a good bellwether for market trends.

1. Board hires paused not cancelled

Seasoned chairs have generally had to focus more on survival this year and asked NEDs to defer rotation off so they could navigate the crisis with experienced hands.

Growth businesses and VC investors have been cautious while PLCs remained under regulatory constraints so continued to hire, albeit more cost sensitively. Not-for-profits were more in need of experience than ever while government varied according to departments.

It has made it a good time to hire for those organisations who adopted the mantra of “be greedy when others are fearful”. We saw more “over hires” – people with far more experience than specified because there was generally a reduction in the number of hires, so it was all very competitive.

2. Pressure to recruit inclusively but challenges in delivering this

As you would expect, the leaders in inclusive recruitment are not-for-profits and government. However, they struggle to find diverse talent through their own channels.

Until recently, PE/Venture Capital/private sector were also mainly playing lip service to this. We are now seeing signs that they are taking ethnic diversity seriously as a result of external pressures.

Even when boards take the active step to recruit for diversity there are two major challenges. The first is the legal tightrope they have to walk. The second is they lack the know-how to assess candidates who are different and struggle to deal with the knee jerk “but they are not like me” reaction. The data we have suggests there may be some bias at work which we are working on helping organisations to address.

We are also seeing a rise in the number of SME and family owned organisations using the Nurole platform to hire board members who historically either didn’t understand the value of a board or who couldn’t afford traditional executive search but had grasped the limitations of hiring for your board through personal networks.

3. The skills in demand – digital, fund-raising & finance and marketing

On digital especially, organisations are “digging deeper and wider” to find fresh talent. We just had a FTSE 100 recruit a board member two levels below C-suite in order to get a digital thinker. At the same time, we had a small family-owned funeral business opening up to external board members for the first time, taking on a Chair and a non-executive director, both with blue chip digital expertise you would never have guessed would be interested in such a role who are going to have a huge impact.

These days a substantial portion of employees, customers, suppliers and other stakeholders are millennials who rent and don’t buy. We are seeing a rising number of younger candidates enjoying success as they offer a very different perspective to boards that an average 50 or 60 year-old rarely brings.

A year ago, nearly every recruiter was clear that you need to see candidates face-to-face. Clearly remote hiring has been the norm this year and I am hearing chairs and others recognising the value of this process. They see

There is growing awareness of the benefits of using talent in other ways than formal board roles – by having board advisors, pop-up boards and sub-committees. These are low cost ways to access high quality talent without having to implement the formal structures and responsibilities of a board.

We first saw the trend in the pro bono space. Charities would appoint one person to the main board but rather than discard 5-6 other high quality candidates who demonstrated a passion for their cause – and a willingness to work pro bono – they are finding other ways to make use of their talent.

We are seeing more first-time non-executive directors applying for roles, as the trend towards gig economy and flexible working continues. They are looking for a portfolio of roles rather than a traditional full time job.

There is a continuing imbalance of supply and demand in this market – it is very competitive, raising the bar and professionalising of the role.

We do hear from some people who say they have more luck getting roles through their own network than by applying cold. I tell them, keep doing this for as long as you can because generally they are not of the same calibre as the candidates in a formal recruitment process.

Purpose-driven roles are increasingly popular – many who have had commercial roles want to move into not-for-profit or social impact organisations as part of second and third careers.

Boards are encouraging executives to take on board roles elsewhere as part of their learning and development. Indeed, we’re getting approached by more and more organisations looking for support to help their senior executives find board positions.

On average, women and people of colour continue to undersell themselves while on average men continue to believe they can do everything and struggle to believe there could be anyone better than them! This is a clear trend at work which means if you are from an under-represented group, it’s a good time to be going for board roles. If you are not, it’s only getting tougher.

I often hear men (and sometimes women) of 50+ saying they feel discriminated against because of their age. If you are looking for a role, it is not especially your age counting against you as much as the innovative thinking and experience that you offer. As the above shows, boards are looking for wide-ranging skills – the challenge for traditional non-executives is to find ways to get track record in these areas.

When asked about this, I usually share some combination of the following thoughts:

COO of Nurole, the marketplace for board level community