How do you get your director featured in national press? 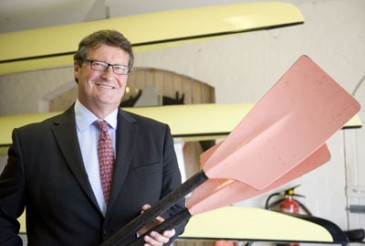 Here we show how we did this for our client, Hanson Green – leading boardroom recruiters – when they recently appointed Nick Aitchison as director and we got coverage in the Telegraph.

As a first step we targeted key media, which included the Sunday Times, Telegraph, City am, FT.  For an appointment story we were setting the bar high – this was highly ambitious since the company is not quoted or a household name, all of which makes life easier.

We interviewed Nick on the telephone to

–          Discussed his background as recent chair of Leander Club, the UK’s leading rowing club.  Nick mentioned that Henley Regatta was due to start – and this gave us an idea to drill down into any parallels between sport and boardrooms and make the story topical with Henley

–          Analysed Nick’s own background to see what was interesting that was relevant to his new role.

Once we had the Henley angle, this gave us lots of ideas – but Nick would be the first to agree that a former sporting chairman joining a recruitment business is not a story on its own.

We had the starting point here, but had to develop this much further.  This is when we take on a journalist role and push to find the ‘so what’ in a story.  We tried lots of angles with Nick and eventually linked the need to find boardroom talent in new places to how rowing has found new talent – and won 14 Olympic medals.  It helps that I sit on a number of boards and understand first-hand about boardroom issues.

We explained this story through a strong quote from Nick, linking into corporate governance issues:

“At a time when both the diversity and performance of boards are under increasing scrutiny, Aitchison believes businesses can learn from the rowing world:  “Fourteen Leander athletes won medals at the Beijing 2008 Olympics, but only five came through the traditional independent school and university route – many wrongly assume this still characterises rowing. The other medallists had been identified as youngsters through talent identification programmes or recruited as gifted athletes from other sports.”

Initially we had hoped to use the Olympic angle as a story – but the Sunday Times had recently done a story around this.

Once we had the story angle and knew we were tying into Henley, we found a first class local photographer by phoning the local newspaper and asking them to recommend someone.

We then went onto Google to look at photos of Leander Club which helped us to brief and discuss strong press photo ideas with the photographer.  We went for the backdrop of the Club from several angles and had Nick with and without oars and also in the boathouse in shots with interesting perspectives.   A good press photo is not the same as taking a family shot and it is worth investing in the cost of a press photographer.

The golden rule for a press release is that you have to tell the key story in your first paragraph and cover the 5 Ws – who, what, why, when, where.

The first paragraph is often the hardest and we took some time over this – and in fact the whole story.  There was considerable toing and froing between ourselves, Nick and colleagues at the client.  Everyone helped, challenged, tightened and added to the release.

Our first paragraph was

And our heading – used in our email subject heading – was

We then developed the story in the press release.

6.       Understand your media before calling a journalist

The next stage is the part I personally find the hardest – calling a journalist.  You only get one chance to sell your story and interest the journalist and even after all these years, my heart still beats hard before I pick up the phone!

To give ourselves the best chance of success, we research, research and prepare that call to the nth degree.  We buy most of the national newspapers every day and keep a few months’ archive of them.  Before calling a journalist we dig out the papers and go online to see what the journalist has written recently, what angles they seem to be covering and check what is likely to appeal.

Of course, we know a lot of national journalists very well – but we never assume this is enough.  We still do our research even when they are close friends.

We rang Louise Peacock at the Telegraph to sell the story as an exclusive and she was interested.  She wanted to interview Nick herself and we set up the time, checked what questions she wanted to cover and briefed our client on key points for a press interview.

In fact, the Telegraph wanted their own photo so this was also set up – often papers have their own style and this is usual for nationals.

There is no real formula to creating a media list.  Northern Lights pays a great deal of money for a licence to use software that means we can search and sort journalists by media, their role, geographical area.  But in the end we still spend a lot of time looking at the story, working out and tailoring different angles and then creating a media list for each release sent out.

If you have a standard media list and send every press release to that list, regardless of story then almost certainly you are irritating a lot of journalists!

We knew the article was due to appear on the Thursday of Henley Regatta Week.  We then changed the first paragraph of the press release as below, and sent it out to all other media on that Thursday morning – honouring the exclusive agreed with the Telegraph.

“As directors of the UK’s boardrooms head to Henley Royal Regatta this weekend (Wed 29 June to Sunday 3 July) an experienced headhunter believes business leaders could learn from the Olympic successes of the rowing world.”

We then tailored the press release to various trade press – highlighting sectors that Nick had worked in.

We achieved our tough target!  The story appeared in the Telegraph and City am plus a number of other regional and trade press.

Several journalists are also keen to talk to Nick in future on other board recruitment issues – we have logged these and will follow up.

Please do share your own tips with us – and others – and we are happy to answer any questions on getting into national media.  Can’t promise we’ll know all the answers but we can talk about what we’ve tried and how it has gone.