How to ensure your chief exec avoids a ‘Jimmy Carr’ 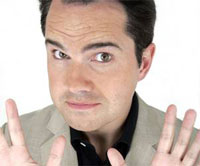 Last week the media was in the midst of a tax avoidance frenzy, with comedian Jimmy Carr the focus of the tirade.

While the headlines were about the tax issues, ‘stars who avoid tax are no better than benefit cheats’, the story began because Jimmy Carr was caught doing exactly what he had slated others for.  He criticised Barclays for paying just 1% tax. (see video clip below)

So what are the lessons that corporates should learn from this?  How do you avoid a communications crisis – or handle it once the touch paper has been lit?

Sounds obvious.  But even the most intelligent miss this.

Jimmy Carr is Cambridge educated.  You would have thought he had the nous to connect his public criticism of tax avoidance with his own affairs.  But it is amazing how blind clever people can be.

“The Prime Minister, John Major, announced that the nation needed to return to classic Victorian values. To be fair to him, he was referring more to issues relating to law and order and economics than public morality, but this was how it was interpreted by everybody at the time. Arguably he could have done more to point out that he wasn’t launching some sort of moral crusade.

“The ‘Back to Basics’ campaign was launched in 1993 and from that point on there seemed to be a serious scandal about Conservative MPs in the news every week. For example:

If your business is about to launch a campaign, do a sense check.  How could it be interpreted?  Are you taking a moral high ground? Where are the risks?  Is your own house in order – really in order?

This may not be fair, but people at the top are expected to have high personal and moral standards.

If your company has any kind of public profile, then you are a target.  It is not just the media – it is now very easy for disgruntled employees, suppliers, business partners to make insinuations or publicly criticise individuals and reveal details that you thought were secret.

On the whole business leaders are risk takers – and often with their personal lives.  Are these risks you need to sort?

Once upon a time, chief execs thought they could ‘manage’ the media.  Keep their head down and a low profile and the story would go away.

Social media means that ordinary people can now have their say.  Immediately.  And for the media, this then becomes the story.

So even if there isn’t a watertight case for some allegations, the media can now comment on the social media storm as the story – even if there are some details they cannot legally report.  Of course, that alerts people to go online and find what they want.

There is no doubt Jimmy Carr did the right thing.  He publicly accepted he had been wrong, apologised and withdrew his money from the offshore scheme.  He used Twitter to do this – a very quick way to get your message out and the one where he was initially criticised himself.

The rules of good crisis management are

Chief execs often say that it’s none of the public’s business and they don’t care about the media.   But unfortunately, managing a company and its board’s reputation is now a core part of running a business.