How to get your events and festivals viral on Twitter You’ve got 200 or 20,000 acceptances to your event, great speakers are lined up for a good debate and you’ve created a special hashtag (#) for the day. That’s your social media plan done.

No. Yesterday I went to a packed York Literature Festival (@YorkLit Fest) event on How NOT to submit your manuscript. It was a sell-out – clearly everyone does have a book in them. But I was struggling to tweet and thought how easy it would have been to increase the Twitterfeed for this event. So here I share my thoughts to get your event viral – or at least give yourself the best chance of good Twitter activity.

First, the background to this event – and I hope it demonstrates how those attending may want to tweet but may not be steeped in who is speaking or even what the event is about!

This event cost £25 a ticket for two hours with three literary agents who were extremely helpful (Jo Unwin, Sallyanne Sweeney and Sam Copeland). My husband had found and booked the event – he’s written a military history biography (Lord Alanbrooke – apparently the real brains behind Churchill’s war strategies) – and I thought it might be useful to go along with him; now and then our clients talk about wanting help to publish a business book. 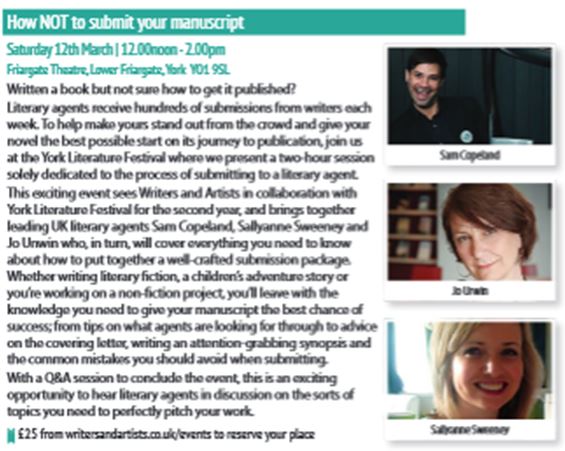 So I arrived, knowing almost nothing about the event or who was speaking but prepared to learn and tweet some insights. But my goodness, I found it hard. Here is why and what you could do differently (apologies to the Festival organisers – this is not meant to be critical but sharing what we can all learn from these events).

Someone (no idea who) stood up to introduce the event. Still don’t know who he is! I took a photo ready to tweet his first insight when I knew his name. But he then handed over to a York Literature Festival organiser who may or may not have said who he was (I was on catch-up by this time!) but luckily said the twitter handle was @YorkLitFest and the hashtag was #getpublished. So I quickly used the photo of the first chap and hoped I remembered what he said about people travelling from Edinburgh and Bristol. See my tweet below. 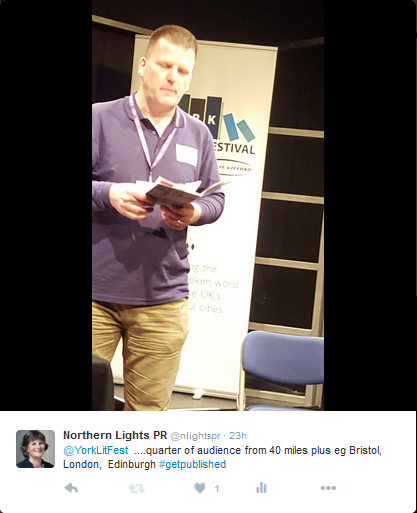 2. Put speaker names and twitter handles on the speaker table

From memory, one of the agents – Sam Copeland – was the first speaker and said something about welcoming questions and talked for a bit.

Jo Unwin, another literary agent, then said ‘shall we introduce ourselves?’ (thanks Jo!!). At this stage I was trying to multi-task with taking notes – I had after all gone to learn, not to tweet – and catch their names and try to tweet. I jotted down what I could – see my notes below – but never got a chance to research them on Twitter and find their handles. So I never mentioned who was saying what on Twitter. 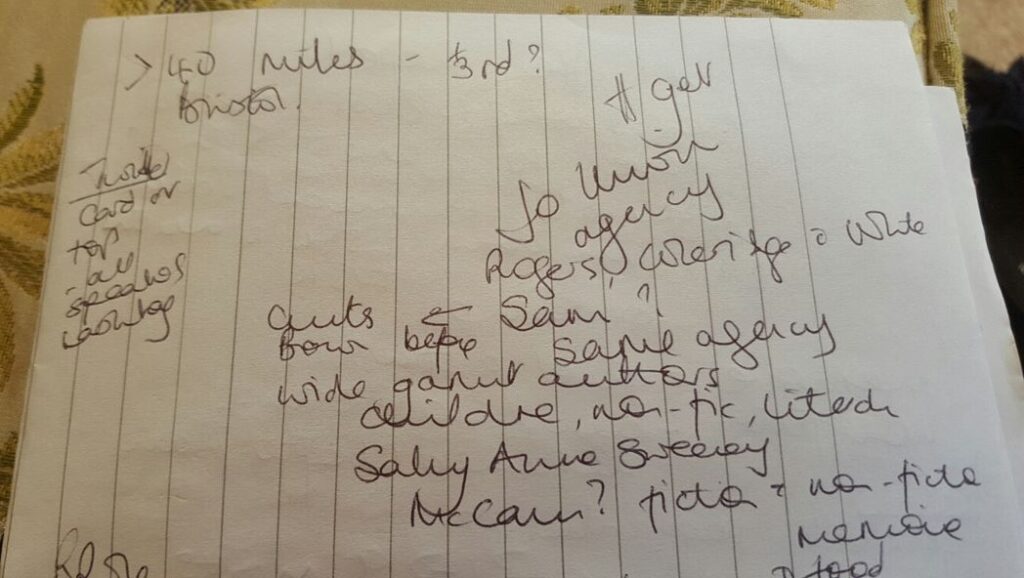 Looking at these notes a day later, I can see

I am guessing the three literary agents gave this talk because they are keen to find new writers – a few people pitched ideas that clearly excited them so I hope they achieved that aim. I just think everyone could have got more from the event with a few simple tweaks.

To make the most of the event on Twitter, I would recommend 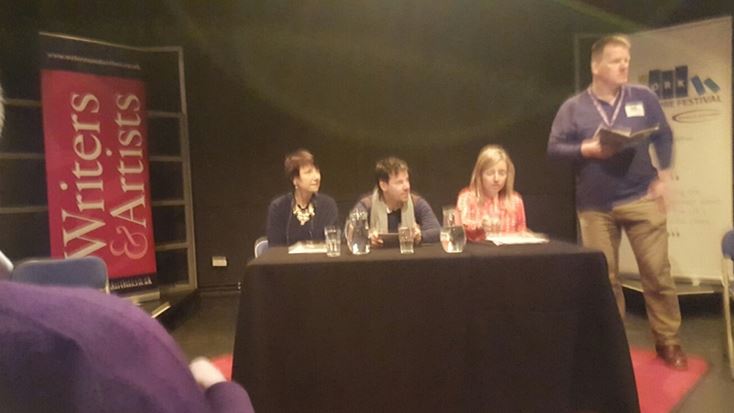 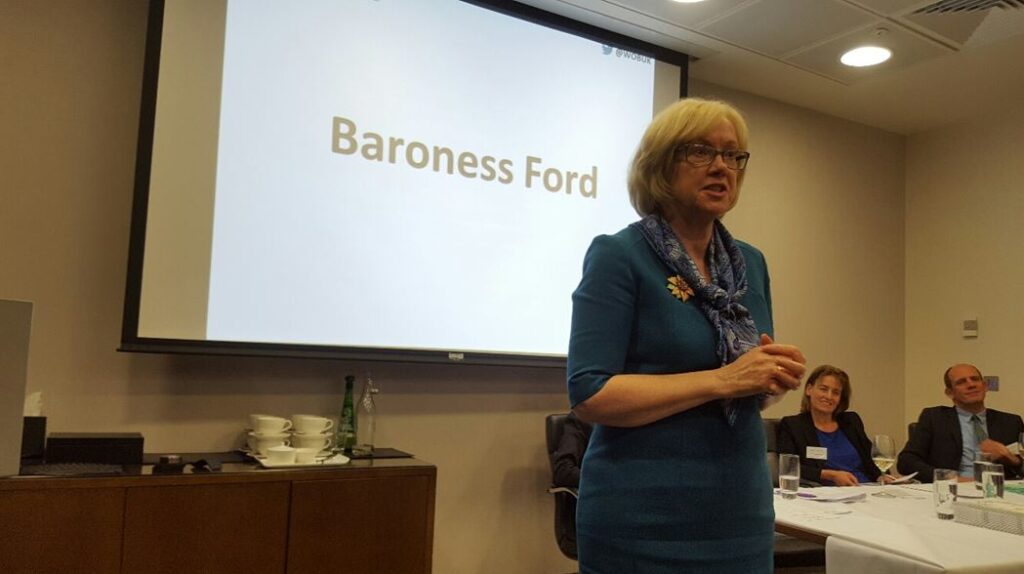 People often say to me, ‘how do you manage to attend events and take photos and tweet?’. Well the answer is, with difficulty. Even for energetic multi-taskers it is a nightmare, I won’t pretend otherwise! You are trying to listen, take out the insights that would make a tweet, learn properly (that’s why you went after all) and think how you might apply the knowledge. Oh and take the photo and tweet the insight.

If you want your audience tweeting and engaging, you have to make it as easy as possible. Those critical moments to share have gone in a flash.

There is lots more I could write about engaging in advance of an event, creating Twitter lists and creating content at the event that will make it really viral, but I’ll save that for another time.

And what did I get out of the event? Well I had never thought of finding a literary agent for my own ebooks, but the audience was asked to pitch ideas and I thought, what the heck. So I pitched ‘A three hour read to learn the inside secrets of writing business blogs to get to the top of Google’. Of course the subject is ‘business’ and nearly everyone there was pitching a novel so this title didn’t get the agents’ juices flowing! In fairness they said my pitch was good, you knew what it was about and who for – but they suggested go direct to a publisher. So that was a useful tip, thank you!

So would you add any other tips to get your event singing on Twitter? Please do share.

PS Having finished this blog, I’ve just realised that it was sponsored by Writers and Artists – who of course want you to buy their Yearbook to find the right agent for your particular book. Well they completely missed out from my perspective. So a good lesson is also to include sponsors’ twitter handles (literature, pop-ups, goody bags etc) to give them maximum value – and so they sponsor again!