Just because I am “young”, doesn’t mean I know how to use social media in business!

Nineteen-year-old Tom is currently working at Leeds-based CMS Advertising. He recently attended a University of York two day master class in social media led by Northern Lights PR. Here, he reflects on what he learnt. 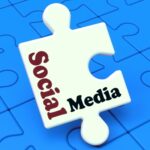 Last month I attended the University of York’s two day social media masterclass at York University. Like most people my age, I’ve grown up using social media, chatting to my friends on Facebook and other social networks.

So when my boss suggested we take part in the course, I really believed I would have an advantage. After all having used Facebook and Twitter for the last seven years, would surely help me when looking at social media in regards to business.

How wrong was I – within a very short time, I realised that almost none of my ‘social’ experience would help me to run a social media account in a business capacity.

As the course progressed, I realised that strategy was more important than I first thought. This may sound obvious, but after randomly commenting, liking, sharing and uploading for many years on my personal accounts, the meticulous planning, trial and error and persistence involved in handling a business account seemed to necessitate a  totally different set of ‘skills’.

I think businesses probably think that hiring someone younger to handle a social media account is often seen to be the logical thing to do – after all, we generally have more experience with the everyday usage of Facebook, Twitter and other social media sites, so why shouldn’t that translate to handling a business account?

1.       How to get the best for your business using social media

So if businesses think that a younger employee will be able to easily organise their social media strategy, they probably need to think again. This is because a younger employee probably won’t have the relevant knowledge or business expertise to populate various social networks with the right sorts of information – read Northern Light PR’s blog about Twitter to find out more.

Simply existing on social media is not enough – it is imperative you are proactive and update your social media regularly. If you are not, it means your accounts probably aren’t worth having.

Using social media as a platform for conversation and discussion is also important and a good rule of thumb is to update your Facebook daily, make three or four Tweets per day and upload a weekly blog. This rule also means you won’t annoy any of your followers or fans by posting too much. We all know someone who uses social media to share what they ate for breakfast, lunch and tea but on a business account you have to know when enough is enough.

While on the course, it became apparent that you need someone with experience in communications to handle a company’s social media. This is particularly important should there be a crisis as negative comments need to be handled effectively, dealing with the problem quickly and responsibly.

This was a mistake Nestle’s social media team made when they responded to negative comments regarding the deforestation and subsequent deaths of orang-utans which had been posted on their Facebook and Twitter pages.

How they reacted was in a way that no consumer would ever expect to be spoken to by a brand. And their problem only worsened when after very little thought, they replied to angry critics by saying, “Oh please…it’s like we’re censoring everything to allow only positive comments”.

Predictably, the situation went from bad to worse as angry ‘fans’ were now not only having their comments deleted and their complaints ignored, but were also having rude comments thrown back at them.

So what was the main thing I learnt from the course? Well, the biggest difference I discovered was that using social media to chat with friends, keep up to date with information about brands, musicians and anyone else I find interesting doesn’t require that much effort, time or thought. But in contrast, handling a social media account for a business requires all of the above three.

Have you had any bad experiences with social media? Do you think that social media is too important to hand to younger employees?