Leeds University Union has successfully helped the Police to prosecute and recover £37,000 in compensation from a rogue landlord, on behalf of its students.

Judge Scott Wolstenholme told Tariq Zaman that he ‘undermined the desirability of Leeds’ as a place to study when he sentenced the landlord for 18 offences earlier this year.

Andrea Kerslake, manager at Leeds University Union’s student advice centre, said:  “There aren’t many difficult student landlords in Leeds, but we are very pro-active in pursuing those that are.  Whilst this case has gone on for many years we are really pleased with the outcome.  Hopefully the majority of students will now receive at least part of the money that they are owed – something we did not think would happen at the outset.  We gave Tariq Zaman many opportunities to return the deposits or at least provide evidence as to why he was retaining them but he chose not to.

“We are here to champion our students who make such a contribution to the city of Leeds.  They add £211 million to the local Leeds economy and students volunteer more than 88,000 hours every year.”

This week (August 13), Zaman returned to Leeds Crown Court for a confiscation hearing under the Proceeds of Crime Act and was ordered to pay £36,960 – from assets held in two bank accounts and the sale of his van – within 14 days or face 12 months in jail.

Det Con Jo Hind, of the Leeds District Proceeds of Crime Act Team, said:  “The 18 offences (Zaman) has pleaded guilty to cover a period of eight years but are representative of a wider picture.  His practice of keeping deposits without any legal basis was on such a scale that the Leeds University Union student advice centre took on extra staff to deal with the number of complaints about him.” 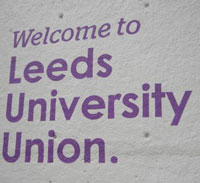 Leeds University Union is a charity representing every student at the university with 33,000 members – one of the largest student communities in the UK.  In 2009 it was named the number one students’ union in Britain.