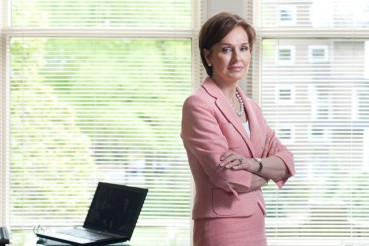 Thursday 4 October 2012 is the start of the London High Court case brought by property investor and developer, Montpellier Estates against Leeds City Council for deceit in the procurement of an arena for the City.  The case is being heard by Justice Sir Michael Supperstone QC.

The Council started a procurement process in August 2007, shortlisted two sites in February 2008 and tenders were submitted in September 2008.  At the latest, by October 2007, the Council was already looking at alternatives to develop the Arena itself outside of the procurement process despite giving assurances to Montpellier to the contrary. These assurances, which Montpellier alleges were false are the basis for the claim in deceit.

Montpellier also claims for breaches of the public procurement rules alleging lack of transparency and the fact that the Council changed and applied unfair weighting which made Montpellier’s bid seem much worse value than the site on which they eventually built the Arena themselves.  These scoring allegations may have similarities to the West Coast rail deal when Patrick McLoughlin, transport secretary pointed to failures in the way risks were assessed.

Jan Fletcher OBE, the leading UK entrepreneur who is on the UK government’s Enterprise Forum and has been advising business secretary Vince Cable on the reality and cost of bank finance for UK businesses, is chairman of Montpellier Estates.

Montpellier’s case states that the Arena was a politically sensitive issue for Leeds City Council.  By 2007 there had already been at least one failed attempt to build an arena in Leeds.  The Council argued that it needed to find better value for money as property and financial markets crashed in 2008.  Montpellier argues that the Council should have terminated the tender in 2007 as soon as it started looking at new options, including the possibility of building the Arena itself, but the Council needed to find a site and conclude third party negotiations before it could announce both the termination of the tender process and on the same day, 5 November 2008, that Leeds City Council would build the Arena itself at Claypit Lane.  This Leeds city centre site had previously dismissed by the Council as unsuitable for an arena.

The Council project team therefore went out of its way to keep the only two bidders in the tender process.

Montpellier’s case focuses on the actions of a few high level officers and professional advisers who it is alleged manipulated both the process and their colleagues, such as those on the Council’s executive board.  Montpellier complains about the lack of disclosure from the Council in its case – as an example in September 2008, two months before the announcement to build the Arena itself, the three most senior members on the project team were unable to disclose a single email.  The Council has said that data was wiped in transition to a new email system; that a back-up failed; that laptops, mobile phones and PDAs were lost and that they had no asset register to know who would be using old laptops.

Montpellier believes that the Council had a deliberate and contrived strategy to create an artificial ‘audit trail’ in case the Council did not proceed to award the Arena contract to a bidder.

In December 2010, Jan Fletcher OBE, chairman of Montpellier Estates, said: “I am deeply saddened at the need to file this deceit case.  No-one is more passionate about Leeds than I am.  I have spent years trying to work with Leeds City Council to find a solution to this claim, but we have now exhausted all options.

“The government is relying on the private sector to pull this country out of the recession and play an active part in our city regions.  That will only happen if the business community can have absolute confidence in any public procurement process, knowing it will be carried out strictly under European procurement law and be able to weigh up the genuine risks involved.”

Ms Fletcher’s evidence is that, if she had learned the true position, she would either not have entered the developer competition or would have exited the competition and sought to sell the City One site.

Montpellier incurred more than 18 months of unnecessary and abortive costs on architects, planning consultants, regeneration consultants, arena and sports advisers, quantity surveyors, highways consultants, lawyers and accountants to ensure the Arena would be viable, regenerate deprived parts of the City and deliver the best economic outcome for Leeds.

Montpellier’s 10-acre city centre site was mothballed while the land was kept available for the Arena procurement process.  It was the only developer to own freehold land for the Arena and this is why the Council’s reassurances were so important.  Montpellier turned down opportunities to sell the land throughout the procurement period.