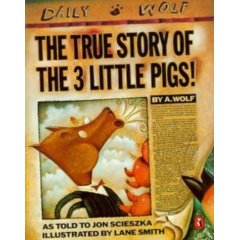 At the beginning of March, the Guardian released its new TV advert. We’ve since used the YouTube clip of the ad in client meetings, workshops and LinkedIn discussions to help illustrate how the media landscape is changing – and show senior professionals why social media should be integrated into business strategy at the highest level.

The clever two minute ad re-tells the classic fairytale of the three little pigs and the big bad wolf in the brave new world of ‘open journalism’ – where everyone has the power to publish, where different media and technologies converge to tell different sides of the story in different formats, where opinion and ‘fact’ are interspersed, where there are no geographical boundaries and where information overload adds layers of complexity to the simplest tale.

We see how police statements combine with video evidence, scientific analysis, expert debate, public opinion and hearsay to create a constantly evolving story that spills into the ‘real world’, resulting in rioting and unrest. As the story unfolds, both the reputations of those involved and those with no direct involvement in the original story (“the banks made the pigs do it!!”) are in the hands of a whole range of influencers besides the media.

If you are still cynical about whether social media is relevant to your business – or, worse still, giving ‘it’ to your graduate intern to look after – watch the ad and put yourself in the centre of this kind of crisis. It is no longer case of ‘protecting’ or ‘managing’ your reputation, but being a part of the conversation.

Are you really prepared to monitor, respond and react in the face of all this? And are you restricting or empowering your employees and other stakeholders to help tell your side of the story?