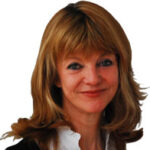 Guest blog by Rosalind Adler and Lea Sellers of Media Skills for Women, which offers communication and media skills courses designed to boost confidence for women when they speak in public or face the media. Rosalind is an actress and communication skills coach and Lea’s background is in television producing (Newsnight, Channel 4 News and Question Time)

How different are men and women when it comes to speaking in public?  Of course, we train men and women, but we’ve focused particularly on women.  Why?  There is a widespread lack of confidence amongst women spokespeople and public speakers in particular – not in their abilities but in their fitness to communicate their expertise and points of view.

Women are judged more on their appearance

One key difference between men and women is that women are far more exercised about their appearance – possibly because that‘s a criterion they‘re still much more harshly judged on than their male counterparts.  You have only to see the appalling comments made about historian Mary Beard, to understand why.  Working in Dubai with women wearing the long black abaya and the hijab, we find they are still very conscious of their face, their hair and their hands when speaking in public.

Women need to find their voice – not a man’s voice

Another key difference is that a lot of women give themselves a hard time because they are trying to speak more like a man. Women tend to believe that being a good speaker involves being a more ‘male ‘speaker. But don’t fall for the current advice to ‘lower your voice to sound more authoritative’.  You need to be clear, of course, but to inspire trust you need, above all, to be yourself.  Finding your own voice and style sometimes needs in-depth work: one client worked hard to drop her carapace of jargon – but what a joy to see emerging from that chrysalis a confident and engaging speaker, able to use and enjoy her own words and her own voice!

Even high-powered women like those we work with on the Steering Committee of the 30% Club, with great amounts of expertise in their field, express problems of anxiety when facing a room full of people.

Both sexes have self doubt – women express it

Of course, both sexes experience similar levels of anxiety and self-doubt.  Women are perhaps fortunate in that they often feel more able to express their fears.  It is a brave man who admits to feeling unsure.  Stereotypically, men tend to put themselves forward as spokespeople when they feel reasonably competent; women usually like to feel 100% certain they can deliver before they offer themselves as speakers.

This often means that the pool of female experts available (and willing) to represent their company is small – the BBC is trying to address the problem with their BBC expert woman initiative, that Victoria is part of.  One of our objectives is to widen that pool of spokeswomen.  No-one wants to see the same few faces all the time, however brilliant the speakers. We all like a surprise.

And here’s one: studies of children show that girls are more adept than boys at sending two conflicting messages at once, a mismatch between verbal and non-verbal communication. The danger of giving mixed messages – sometimes out of a desire not to cause hurt or not to be unpopular – is one women need to be particularly aware of in their communications.

The key to good public speaking, regardless of gender, is – as Stephen Fry points out in BBC Radio 4’s Fry’s English Delight – that words are powerful tools of PERSUASION. Those of you who have lost the will to live while listening to talks or presentations know that not enough speakers grasp this basic tenet. If you are not having an effect on your listeners when you speak, why are you speaking at all?

Ethos is about gaining the audience’s trust, having good credentials, knowing your stuff, being prepared.

Pathos is about appealing to the listeners’ emotions – not asking for their sympathy but operating on the whole world of their emotions. Those presentations where your mind was wandering? Almost certainly the speaker wasn’t aiming to have a dynamic effect on you; they were probably simply giving you information – usually too much information. A bus timetable gives information; your job is to have an effect on hearts and minds.  Edit, edit, edit until your message is sharp as an arrow.

Logos is the meat of the message, the words you’re going to include and, crucially, all the words (and information) you’re not. Once you know the purpose of your interview or talk, you are in a position to shape it. Form and content really are inextricably linked.

So, whether you’re a woman or a man, when you’re facing an audience: grab their attention, take them by the hand and lead them to where you want them to go.

And we’d love to hear your experiences of public speaking – what have been your biggest fears and greatest successes?