Retiring employees – the employer’s responsibility?  Or not? 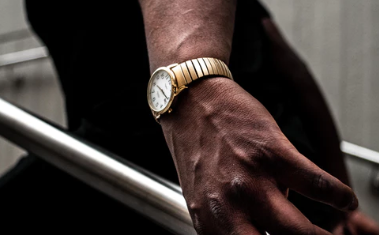 There is a (very small) sea change happening among employers as to their roles and responsibilities towards a retiring employee.  Here I want to look at what that change is, some leaders in the field such as the construction industry – and the areas where employers may want to start rethinking the opportunities of retiring employees.Once, an employer would think it was enough to give a final salary pension, a gold watch and a small thank you leaving ceremony.  As final salary pensions disappeared, employers felt they had to give some kind of financial planning advice in the year or so before retirement. Some employers who had early retirement ages, such as the Armed Forces, put on workshops to help with the transition – mostly around getting another job later in life.

But now there is starting to be a recognition that a retired generation is both an asset and a risk.

Living to be 100 years old is no longer a news headline. Which means people could easily spend more years retired than they ever worked – and most people are fitter and healthier than ever before.  This is leading to the government and the public sector seeing the issue of retirement as both a health and economic imperative.

The report concludes, “…. Later retirement should lead to better average health in retirement.”

At Next-Up, we are now starting discussions with public sector organisations who recognise that, if they can keep people who are retiring more active then the chances of them becoming mentally or physically ill decrease.  This is a strong economic and social benefit.

The challenge is how you do this. Those who have been in physical jobs – refuse collectors to care workers – can be physically exhausted by retirement age and dream of nothing more than pottering on their allotment or helping with their grandchildren.  Longer term they may want more of a challenge but how do you motivate them to do get involved with, say, volunteering, when shortly they will be independent and have no loyalty to their employer?  With GDPR legislation, many employers are also starting to worry about staying in touch with employees.

2. Capturing the skills of older employees

The CITB (Construction Industry Training Board) has written an excellent report, Fuller Working Lives in Construction on retaining the skills of older employees to help fill the skills gap and retain employees in this industry, carried out by Pye-Tait Consulting.

This fits into the government’s Fuller Working Lives initiative to encourage employers generally to retain, retrain and recruit older workers.

The CITB’s report is useful for anyone working in this field of skills and filling the skills gap. I decided just to pull out some snapshots which for me really resonated with what we are doing

The concept that I loved in this paper was the idea of a mid-career review or an ‘MOT at 50’ – but I am not sure the design of what is suggested goes far enough or focuses on the right areas to make a real difference to this generation.  (There was general dislike of this phrase and the way it is presented, though the idea was liked in principle).

This table shows the topics that might be covered in these mid-career reviews. But I know from experience that talking about ‘career goals’, ‘training and development’ and ‘retirement planning’ is all wrong if you really want to get this generation to think differently about what they can do later in life.  Instead we need to talk about using your skills and experience, finding new opportunities, creating a work-life balance, supporting a younger generation and more.

Employers are definitely rethinking how they can use the skills of this experienced generation. There is no quick fix but we hope Next-Up can make a really important contribution to making the most of the skills of older employees and in turn create a healthier society – there is a win:win for everyone if we can really make this work.

We have developed a prototype app to help employees coming up to retirement and are now starting to look for organisations to trial this with us.  Contact sandy@next-up.com if you are interested – there is no cost to this.