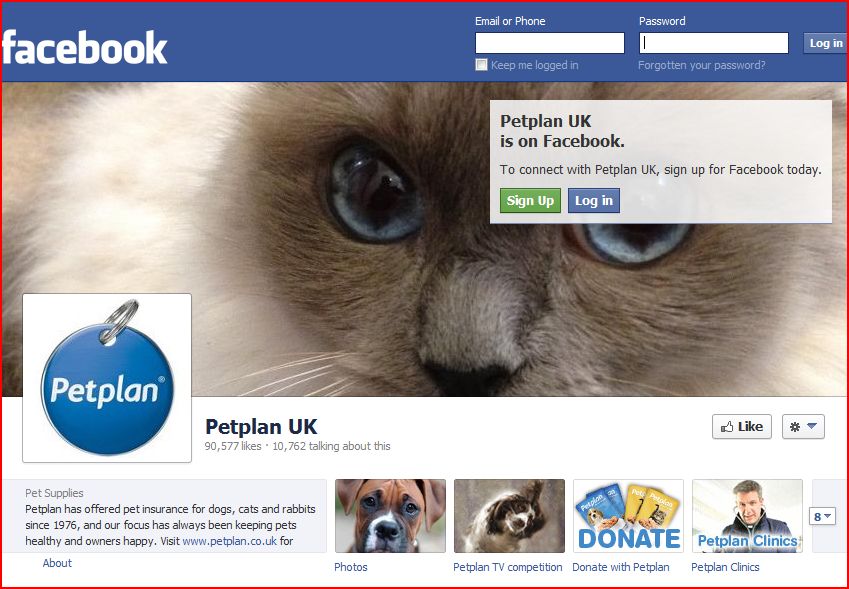 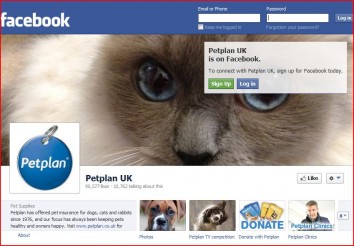 We’re always looking for examples of businesses that use social media well. Its immediacy can be both a blessing and a challenge in PR.

One company that uses social media really well is Petplan. As a B2C pet insurance company, they have a great presence on Facebook, as they know that’s where their customers are. People just love sharing photos and videos of their pets, and Petplan knows and encourages this through regular campaigns, such as the current competition to find the star of their next TV commercial.

But knowing their customers and how to create a high level of engagement on their Facebook page is not the only thing that Petplan excels at. I want to share with you something that recently happened to me that made Petplan stand out as having outstanding customer service. And it wasn’t because they did everything perfectly. It began with a mistake, but they quickly handled the situation exceptionally well, as they had the process and resources in place to do so.

I’m afraid it begins with some bad news: my cat was hit by a car and passed away recently. Understandably I was very upset, but had to take the necessary actions of cancelling the pet insurance and healthcare policies etc. I have used Petplan for many years as I believe they offer the comprehensive cover on the market and I trust in the brand.

When I called Petplan, I was directed (as is customary nowadays) through an automated phone system – “press 1 for….” etc.  I chose the “I would like to cancel my policy” option. Option 2 was select a reason. I chose “I no longer have my pet.” Now, whatever the reason – either your pet has died or you’ve had to give them away – the last thing the person who chooses this option wants is to be sold additional insurance. But in much the same way that mobile phone providers give cancellation requests the hard sell on a renewal and upgrade, I was directed to the Petplan sales team.

Not only was the salesperson I was directed to clearly reading from a script, they were completely unprepared for me telling them that I wanted to cancel because my cat had died. The conversation was awkward and upsetting, and I was told “I’m sorry, you’ve come through to the sales team and I’m not able to process your request. I’ll have to transfer you to the customer services team instead.”

Once transferred to customer services and having explained the situation, I was dealt with compassionately, quickly and efficiently. But I wanted to let Petplan know that their phone system was directing bereaved pet owners to the sales team, so – as I had their Facebook page open – I posted a message about it on their wall.

At this point, a company that doesn’t have adequate social media monitoring cover and well trained staff could quickly see this situation turn sour. As the page is so busy, sympathetic pet owners had already began commenting and sending their condolences.

But within two minutes, a named member of the Petplan team publicly replied saying how very sorry they were to hear of my loss, thanking me for getting in touch, and asking me to email my details over so they could look into the issue. My email was acknowledged immediately and within half an hour, someone called me back to apologise and say they were reviewing their policy to ensure this didn’t happen again.

By having the right people and processes in place to deal with problems quickly and efficiently as they occurred, Petplan diffused what could have been a really bad PR (played out in public on their Facebook page) into a situation where the customer felt valued and listened to. This is all that most people really want when they make complaint: to be listened to, and a quick resolution found. I followed up my Facebook comment with a thank you to Petplan for getting back to me so quickly.

But that wasn’t the end of the story. On Saturday morning, a huge bunch of flowers were delivered to my door from Petplan with a handwritten note saying how sorry they were to hear about the loss of my (named) cat, signed from the Petplan team. It was a really lovely personal gesture that they didn’t have to make, and it showed they were prepared to go the extra mile. 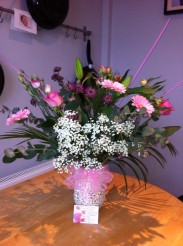 (And yes, I posted a picture of the flowers on Facebook and said how lovely it was of Petplan to send them – and all my friends who have pets and other Petplan customers then commented on what a lovely company they were.)

This is how to turn bad PR into great PR with an integrated internal communications and social media strategy.

Exceptional customer service depends on a well trained team at every contact point: from the responsive digital team who are trained in how to quickly make the right reply on social media, to the customer service adviser who is immediately briefed and calls straight back to apologise, to the person who arranges the hand-written notes and delivers the flowers. It also depends on having high quality CRM systems that allow data to be shared quickly between teams. Great PR and exceptional customer service doesn’t happen by accident. It should be planned into everything a company does. And when all this happens in a company, staff can use the time they save on those little gestures that make such a huge difference.