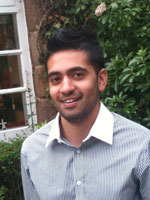 PR & Communications- It’s a lot of things to a lot of people, but seldom accurately described. It’s a highly important, charismatic, and dynamic industry that demands the utmost respect from the world as any self respecting industry would.

Similarly, any self respecting industry is constantly at the forefront of technological advancement. PR & Communications has been rather slow on the uptake; however, it is a case of better late than never.

What media did PR use?

Traditionally, PR professionals stuck to media such as newspapers, magazines, TV and other print media to communicate with audiences. With the dot com boom in the late 1990’s they began using basic websites to send out messages to people. Ultimately, whatever media the audiences use for news and entertainment is a viable target for PR campaigns; hence PR had to follow audiences onto the limitless expanses of the World Wide Web.

So what’s all this social media kerfuffle?

Darcy DiNucci first coined the phrase ‘web 2.0’ in 1999, and in 2004 it was thrust into the limelight with the O’Reilly Media and Media-Live conference on the subject. Post web 2.0, web users could use the internet on a multitude of devices, it allowed for greater interoperability, it allowed them to run software applications entirely through a browser, and also offered a great degree of user generated content and user interaction. The technology gave birth to unique business models and gave everyday individuals a chance to publish thoughts and feelings within seconds.

What does it mean for PR & Communication?

Ever tried telling a PR consultant that what they do is glorified advertising? Don’t try it! The reaction isn’t pleasant. Truth is, if people think PR is a form of advertising then they are far away from the truth. If advertising is the process of telling audiences something then PR & Communications involves communicating with the audience and integrating them in a respectful manner. In PR, one cannot simply talk at people – if you think you can, then look at some failed social media campaigns such as the Nestle campaign (remember, Greenpeace vs. Nestle?).

Remember what we said about users being able to generate content and interact with one another post web 2.0? Well, that is the lynchpin of social media marketing’s future success.

So how should PR make use of social media marketing?

Answer: in much the same way as traditional campaigns are run.

See, a wise, not-so-old Director of  Centre for Public Relations Studies Prof.  Anne Gregory PhD reminded me of how a good social media campaign should be run. One cannot talk at people by telling them what to believe, but rather ‘infiltrate’ the relevant community, create a following, and influence a perception amongst a mass of people. You can only nudge a conversation or an opinion in your favour without resorting to tacky advertising tactics.

Perhaps in the future the PR industry will be at the forefront of new technology, perhaps PR will lead the way in utilising the semantic web and the personalisation web 3.0 will offer?

For now though, we can sit back and enjoy the creativity of PR professionals in utilising the internet.