The BBC gender pay gap – can women negotiate as well as men?

Last week the BBC published its list of ‘star salaries’ and caused a furore on the shocking gender pay gap.

In all the discussions, however, no-one is looking at one aspect of women at work – their ability to negotiate pay and believe in their worth.  I have a sneaky feeling this has a lot more to do with the pay gap than most would think.

First, I know this is complex – the BBC seems to have fudged, if not outright lied, about its secretive pay deals till now. Sue MacGregor, former BBC Radio 4 Today presenter writes in the Sunday Times about discovering a £20k pay gap with her male colleagues some 20 years ago and says, “I managed to negotiate a new deal that I was told left all three main presenters within a tiny percentage of each other.”  That now looks questionable when Sarah Montague, who joined the programme in 2007 is paid less than £150k while her colleague John Humphreys is on at least £600k.

I recognise there are numerous factors influencing pay – from the role and success of agents to the fact that no-one ever does quite identical work.

However, let’s look at why I think women’s ability to negotiate is a really critical part of equalising the gender pay gap.

Years ago, a client told me a story.  She had been an investment banker and one year had had to tell all her team that their pay and bonuses were nothing like they had received before nor had been expecting.  She called in her 20 strong team, one-by-one.  At the end of the day she called back the eight women.

“You women need to sharpen up”, she said. “Every single one of you has said something on the lines of ‘thank you so much, I understand this is a difficult year’.  Every single man has said, ‘This is not good enough.  I am worth more, I have a case to be treated as an exception and if I don’t get more, I will leave’.”

I am now going to make a massive leap in assumptions about the BBC pay gap. My view is not just idle speculation, it is based on speaking to literally thousands of women in the last few years, helping really senior people (men and women) with personal branding to be promoted or get non-exec roles and hearing and seeing their inside stories (more in this report, Women Leaders – Stepping out of the Shadows). 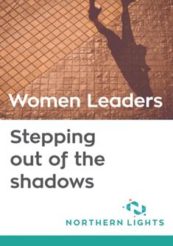 I think women will have taken a generally more moderate view about their pay.  I can imagine someone like Dame Jenni Murray of Woman’s Hour fame saying, “This is a public sector organisation, it’s not right to be paid outlandish sums of money and £100k is a reasonable salary.”

I don’t think many would have predicted that Claudia Winkleman, presenter of Strictly Come Dancing, would be the highest paid female earner, at more than £450k. But she is the daughter of Eve Pollard, former editor of The Daily Express in the 1980s. I can’t help thinking Claudia will have been influenced, directly or indirectly, by her mother’s grit and encouragement to negotiate.

The role of agents can’t be ignored. I suspect many of these women don’t have agents – and that could be a problem. Gary Lineker’s agent Jon Holmes has unhelpfully said the pay gap is because ‘maybe women feel happier being represented by women and women are not as tough’.

Except. Is there a grain of truth in here?  A tiny one possibly.  I personally don’t think it is about ‘toughness’, more about ‘reasonableness’.  But in being reasonable/tough, is this allowing men to gallop ahead?

Over the years, I have represented clients on a personal basis and negotiated rates for speaking engagements and other fees, on their behalf.  Several of these have been successful businesswomen and I have been interested to see how their belief in their worth has made them very clear about what they wanted in the way of fees. They have set the terms with me, which has made me push for more than I might otherwise have done. Agents are just that – acting on behalf of their clients and women have a role to play in ensuring their agent negotiates a fair deal for them.

A few years ago I was working with a group of high powered Emirati women (yes, much to the surprise of many in the West, the UAE is a great supporter of getting women into senior positions). This group included an adviser to the UN, a surgeon, a top woman in energy and more.

I facilitated a really interesting discussion on what women needed to do to progress in the workplace. Their top point was negotiating skills – and then ‘negotiate on behalf of our sisters’.  Many of the women said they couldn’t negotiate for themselves – but they could for their sisters. (You can read more about this wonderful group of Emirati women in this blog)

I coach women in the UAE and in the UK and am always surprised at how similar the issues are that they face – and the solutions.  They might be packaged slightly differently but the fundamental problems are just the same. And in the UK, I am delighted to see the BBC sisterhood has banded together and written an open letter to Lord Hall saying, act now and sort out the gender pay gap. Don’t wait until 2020. Women are very strong when they work together, as born out by the famous Dagenham ladies.

I am sure progress at the BBC will now finally be made – the key steps were to analyse what the pay differentials are and publishing these figures. Next year’s new gender pay gap reporting will go a long way in achieving a shift change, as the BBC case has demonstrated.

But women do have a role to play in this – they need to have the confidence to negotiate for just a bit more.  The men do, shouldn’t they?