The Foreign Office blunder – who allowed a culture of joke emails? 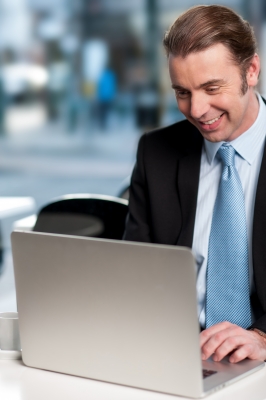 The BBC has this morning reported, “The Foreign Office has apologised for a ‘foolish’ document which suggested the Pope’s visit to the UK could be marked by the launch of ‘Benedict’ condoms.”

It turns out this was the result of a brainstorm in the Foreign Office as to what the ideal papal visit would look like. Not only were the notes typed up, they were sent as one of three background documents attached to an email inviting officials to attend a meeting to discuss themes for the Pope’s visit in September.

Clearly a joke in shocking taste, this episode reveals cultural and communications weaknesses within the Foreign Office at every level. It is worth looking at what the issues are – and may be worth checking whether your own organisation could be similarly vulnerable

I used to work in international sales, selling banknotes around the world (now De la Rue). From day one we were made acutely aware of how different nationalities can take offence at misunderstood jokes. No matter how tempting – and believe me, every day you could be joking about international differences – bosses would immediately stamp this out.

The fact that this joke got as far as becoming an email attachment suggests that Foreign Office bosses are not leading the way in how to do international business.

Never ever do email jokes about your customers or clients, your colleagues or your local community. To be honest, we would say just don’t do electronic jokes. It may knock some of the fun out of working life – but you are too vulnerable with electronic communication.

How often have you forwarded an amusing email to your friends? Literally within ten minutes of sending out a good joke, it can be forwarded dozens of times over, including to journalists and bloggers who can immediately post it on their websites.

Minutes later, you may decide to recall the email or send an apology to the recipients, but already it will be too late. There is no such thing as a delete button in the land of emails.

Is email protocol included in your induction and internal communications strategy?

Our own rule at Northern Lights is that we never send out an email that we would not be happy to see on the front page of the Times. Or the Telegraph, which broke the Foreign Office story this morning.

How often have you included the wrong person in your email address, pressed ‘send’ before you were ready or attached the wrong document?

Over a year we will receive a number of emails from business contacts that really shock us. If the media got hold of the email, the company would be front page news. They may be sent as confidential but there is a certain naivety that no-one else can or might see them.

In the case of the Foreign Office, this is far more than a joke gone bad. A spokesman has said they are ‘deeply sorry’ and that many ideas in the document are ‘ill-judged, naive and disrespectful’.

The British public could be forgiven for wondering what taxpayers’ money is being spent on. An ill-judged joke and a misplaced email could have far bigger consequences for the Foreign Office than any apology will put right.