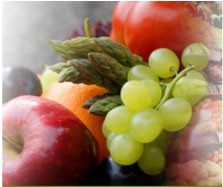 They have rescued 81 jobs with the sale of the company in November 2012.

The administrators continued to trade the company through early November last year and marketed the fresh produce business for sale.  They received various expressions of interest but these did not convert to formal offers.

The existing management team also expressed interest in buying the company back and made an offer in the sum of £100,000 to acquire the business.  The sale to Forsyth Produce Direct Limited was completed on 12 November 2012 and the new company is trading as Forsyth Foods.

Chris White said:  “It is hard for creditors, but this sale has saved 81 jobs.  Unfortunately, it is unlikely that there will be a distribution to unsecured creditors in this matter.

Mr White said that the company’s financial problems were attributed to a number of  fixed term contracts which eventually were being delivered at losses due to the increased cost of fresh produce.  He added:  “This is a warning to all businesses.  Anyone with a fixed term contract has to be super-efficient in managing costs – many of which are unpredictable and volatile – and ensure they still deliver a profit.”

The P&A Partnership is a leading specialist business turnaround and insolvency firm with offices across the UK and in London. Its support for business includes restructuring, finance brokering, debt collection and selling assets.