The power of networking in large corporates – are your coffees strategic?

Looking back on my earlier corporate career I realise that I did a lot of internal networking which played a not insignificant part in rapid promotions.  At the time, there was no plan about it, it was just something instinctive.  But here I look at what ‘corporate networking’ is and some tips for others in their careers.

When looking for a definition of networking, I came across one for IT networking – which actually seemed appropriate for people too.

“Linking two computer devices for the purpose of sharing data”

Professional networking can be defined as building business relationships; gathering information and raising your profile.

Many of the managers I’ve been working with are typical of managers working in large corporates – they don’t particularly have a sales or outward facing role and therefore networking and business relationship management can feel very alien.

It is important to define what networking isn’t, but stressing that all of these can at some stage develop beyond the pure work relationship into a networking one.

3.       What can networking achieve in a large corporate?

I recently set a homework exercise for managers to do their first step in networking – they had to find someone either in the business or externally and then ask some specific questions.  They set up meetings internally with people from other departments and also people such as at the local university and with a former employee.

When asked what they got out of the meetings, most were surprised at how much you can learn in just one meeting, which included:  knowing people who can help your job; different perspectives on problems; source of knowledge and information; helping you find answers. More on how to plan great networking meetings here.

For a number of cultures, they found it difficult to separate out a customer/sales relationship from a networking one.  Networking is

This is something that I don’t always follow.  Those who set up relaxed meetings – say, in a coffee shop – found the relationship developed better and more quickly.

I often set up meetings in offices – ours or others.  While this feels convenient to save time, actually, getting away from the office can be more fruitful.

Look the person up on LinkedIn, see if you have any connections in common, if you went to the same school or university, have done similar jobs.  All these help find areas to discuss informally.

With one group, we discussed how to get the most out of the meeting itself.  Most felt that it was best to ask questions, but as one person said, not to become a machine gun! 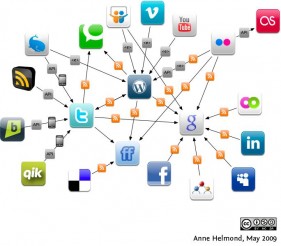 For a network to be effective, you have to stay in touch.  That can be through social networking, inviting people to events, getting involved in charities, sending articles or snippets that could be useful to the person and of course by the more traditional email, phone or meetings.

So what internal networking did I do that helped my career?  What I particularly remember was at Ernst & Young, when I had a PR role.  I was new to everything about that firm and my role was to do PR around our financial services abilities – it was the time of Big Bang and massive change in the City of London.  New financial products were being developed and I wasn’t technical – and I didn’t believe (and still don’t) that you can do PR unless you really understand the product, the market and the issues.

I used to go down the corridor around 6pm – accountants never leave their desks very early!  – and would ask different partners and senior managers to explain a product or  help me understand our clients.  I chose a good time, was always hungry to learn and people were keen to help.  I even took someone out for a pizza – or whatever we did in those days – to explain the deeply technical new products that were being developed.  Perpetual and floating bonds come to mind.

This all meant I built a really strong internal network, was seen to be passionate about the business and making a contribution – and much more than just a ‘PR person’ in a corner, not known by the rest of the firm.  When our managing partner was looking for someone to lead a culture change programme for the London office and join the management team, it was offered to me.  Even now, to my surprise.

Of course in all the above, I also would try and understand their jobs and problems and as I became more knowledgeable about the firm, used to know someone who could help them.  Thinking back, I probably became the ‘go to’ person when someone had a problem.  And whenever I was asked for help, I would always try to help in return for their support.

So do you think that networking within a corporate differs from traditional networking?

How do you organise and monitor your business relationship management and networking activities?  What do you see as the benefits and any tips to share?