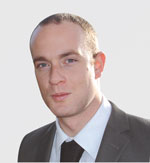 Like it or loathe it, it would appear that social media for SMEs is here to stay.

Hailed by supporters as game-changing and revolutionary but derided by detractors as fickle and faddish, sites like Twitter and LinkedIn have had a huge impact on the marketing considerations of smaller firms.

Some business owners are highly sceptical over the tangible returns they can get from, as one chap said to me, ‘poking people on Facebook’. But others have embraced social media with open arms and view it as a great playing field-leveller, allowing micro-businesses to compete with multinationals in an online meritocracy where size really doesn’t matter.

Back in October, we surveyed our members on the issue as part of a wider piece of research into SMEs and technology, and made some quite startling findings.

However, 27% of the business owners we surveyed expressed serious doubts about social media – meaning more than half of the 52% who tried it were unimpressed. Of that 27%, 21% described networking sites as ‘not useful’ and 6% went even further, labelling them ‘useless’.

Only 7% of respondents described social media as ‘very useful’ for their businesses, with 18% opting for a more muted ‘useful’ description.

So it would appear that, while a lot of our members are certainly trying out social media for their businesses, there’s a sizeable split between the ‘yes’ and ‘no’ camps.

At the Forum, we believe that social media does hold a great deal of potential for many SMEs. Its conversational, real-time nature makes it ideal for entrepreneurs and small, dynamic firms which often have a much more relaxed corporate image than big business, where every tweet has to be proofread and approved by a focus group.

The searchable aspect of sites like Twitter means they can also provide invaluable and cost-free feedback on customer satisfaction. Never before have businesses been able to simply type in their name, or the name of a product, and know in an instant what people around the world are saying about them – all in real time and completely free of charge.

However, what works for one small business may well not be suitable for another. SMEs are a diverse bunch and many operate in niche arenas with only a handful of potential customers. There’s obviously a clear divide between the consumer and B2B sectors too.

At a guess, it’s likely that the disparity of our figures reflects the businesses which aren’t suited to social media because of the sector or market they’re in.

There’s also the obvious likelihood that not all SMEs will be going about things in the right way – it’s widely accepted that there are certain social media ‘dos’ and ‘don’ts’. Unfortunately, many of the ‘dos’, such as endeavouring to engage with your target audience on a genuinely personal level, require a certain amount of time and therefore money, which not every business owner can spare.

We believe that, rather than being viewed as something of an anomaly, social media is best views as one component of the wider marketing umbrella. As a result, we provide social media expertise to our members through a holistic marketing service which judges each business individually and will only include social media as and when it’s appropriate.

This is the key I suppose – getting away from the idea of social media as some sort of novelty or gimmick which is an end in itself, and viewing it instead as a tool which can produce measurable, bottom-line results.