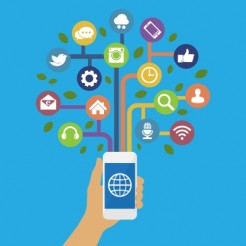 Mrs Moneypenny of the FT asked this weekend ‘are you an adept user of social media?’  Since most of the FT’s readers are boardroom directors, I would anticipate the answer to that question would not only be ‘no’ but more likely ‘you must be joking’.

This is a major issue in the UK: senior people are not using, understanding or managing social media in their organisations.  And it was this argument that led to the BBC asking me to join 30 other women at their Expert Women training day at The BBC Academy in Salford last week.

And what an experience!  I have not felt so terrified, so energised, learnt so much or had such fun since I recently took flying lessons.  It was a mix of the scary, feeling over-awed at being in the company of so many amazing women and the really wonderful and supportive BBC team – for which many thanks to The BBC Academy.

I have been helping our clients with media training for years, particularly for crisis communications – but it is nothing like doing it yourself.   Here are the ten media training tips for expert women that I took away from the day which might help you if you have an interview on TV or radio.

And perhaps we should mention – why are the BBC training expert women?  Research last year showed that the ratio of men to women appearing in the media is anything between 3:1 and 15:1 on programmes such as Radio 4 Today, Sky News, panel discussions.  Lisa Campbell, editor of Broadcast magazinedecided something needed to be done – and this is the result.   Thanks also to The Two Per Cent Club for encouraging its members to apply.

All through the day we were assured that an ‘expert’ is not there to be grilled Paxman-style, but to explain and add insights into a subject.  The challenge is that the media want someone who really knows their stuff – has published books, research and given lectures – but actually they usually only need a 90-second clip.

Deep knowledge has to be explained in a way that your mother, your mates in the pub or your friends round the dinner table can understand and be interested in.

Apparently a problem with women commentators is that they tend to think everyone else will be a better person to explain something than themselves.

Part of the training was to give everyone confidence that what they are saying is worth saying and is needed.  And that when the phone goes, please say yes.  You will have to put yourselves out sometimes.

The lovely Francesca Kasteliz helped us to understand the strengths of how we come over and then develop this into a brand.  We all gave our views on each other – confident, smiley, friendly.  Too many of mine were about being authoritative (hope this wasn’t bossy) but she suggested confident was a better brand!!

She then told us to think about our brand ‘I know about social media for business, I’m confident, I’m friendly’ before any interview – to remind ourselves and give ourselves that needed lift.

When giving a TV interview – terrifyingly we all went on the Breakfast TV sofa! – stay focused on the interviewer or the other person speaking.

When we played back our interviews, I saw I had weirdly said good morning to those on the sofa and then seemed to turn around and look at the camera.  It took me a while to realise that whenever I say good morning at the start of an event or meeting, I try and look round to include everyone in the room – in this case those behind the cameras.  Not a good idea when on TV!

There are often two or three guests to speak about a subject.  It works really well if you can refer back to something the presenter said in the introduction, or something that your fellow guest said.

This was particularly important in the longer Woman’s Hour-style discussion on radio.  It sounds much more interesting to the listener if there is genuine interaction between guests ‘Mary’s point is really valid and ….’.

This caused some debate during the day.  Sheena Byrom is a consultant midwife and concerned that over her career women have become more fearful of natural – or as she put it, vaginal – childbirth.

Apparently the production team winced at the ‘v’ word – particularly for a breakfast show.  But others felt this was the right phrase to use.  Either way, take care with language.

My TV feedback was that it was a high energy discussion, smiling and relaxed.  Apparently this is all good – as is leaning forward slightly which shows you are really engaged in a conversation.

In our ‘piece to camera’ – when we had to talk while walking – we all learnt that you have to slightly overplay how you normally are.  Making ourselves slightly more expressive, more movement, more passion.  That all looks good on TV.

Actually passion is good for all this.

Many of us complain that the media is too black and white and always about controversy.  But you can see why to some extent.

One of our colleagues was very fair and even-handed.  While perhaps more natural, the media wants commentators to have a clear point of view.

In our initial application for the training day, we had to say what our ‘issue’ was.  Instead of just saying ‘I have experience in social media, business and education’, they made us drill down into a specific point that needs addressing.  Mine was that business leaders don’t understand social media and the impact this is having on organisations – such as the 17 year old teenager, Paris Brown, who was appointed a police commissioner and her bosses had not thought to look at her social media profiles.

If you want to pitch an idea to the media, you need to think about who the audience is, what the point is, why it is needed.  You may initially be rejected, but it can pay off to be gently persistent over time.

I did suggest – apparently controversially – that business is not covered properly in the media.  The only two programmes we could think of were Evan Davies’ Bottom Line and Peter Day’s In Business.  That’s not much for its importance (the country is relying on successful businesses to get us out of this recession) – or recognising that a third of the UK is employed by micro businesses.

I don’t think any of us liked seeing ourselves on television.  I could not bear to see a matronly image when in my mind I am still young and slim.  One of our group worried about her fly-away hair all through the day – for which the advice was ‘get yourself industrial strength hair spray’!

We were also told to use plenty of make-up – the lippy was out all through the day – and powder, and not to be afraid of asking for more powder if you feel shiny under the cameras.  Chaps, you can ask too – though you may not want the hairspray.

Most of us know that stripes, checks and fussy patterns don’t work on TV – they create a strobing effect.  Best of all is block colour – and preferably bright, particularly if you are making a serious point.  Black and pure white are not good either.

So those are the tips.  It was a nerve-wracking day, can’t deny that.  But the BBC team and colleagues could not have been kinder and the expert women were so inspiring.

Have you been through any of this – any tips to share?