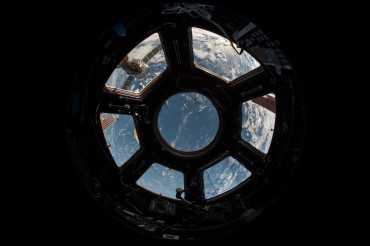 The past year has been a phenomenal year for the social media world. Not only have the big firms found a firm footing, delivered a swathe of new technologies and delivered eye-watering profits, but the adoption of social media has penetrated every corner of the business world.

Researchers claim 99 per cent of the world’s top brands now have a social media presence but, more importantly, we’ve seen a massive rise in the use of social media among the business to business community.

All of this points to social media continuing to become an increasingly important tool for businesses over the next 12 months, but what should you be looking out for? 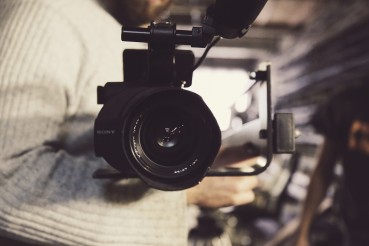 The arrival of live video-streaming apps like Periscope and Meerkat have transformed social media communications. They allow anyone to broadcast to the world live and they have rocketed in popularity since their launch in Spring. Around 40 years of live footage is watched on Periscope every day!

Video has always been one of the most popular and engaging pieces of content and the ability to broadcast in real-time has only fuelled its popularity further. In 2016 we’ll see businesses using it more to engage with key customers, share news, discuss key industry issues and demonstrate their expertise with a global and engaged audience.

When I spoke to social media guru Jonny Ross recently, he talked about using Periscope to record videos in real time so you can engage clients directly and then place the recorded videos on your YouTube channel for people to refer to later. Top tip!

Facebook’s new Instant Articles feature caused a storm a few months ago when it was announced. The platform is going to include full articles – key players like the Guardian and Nation Geographic have already signed up – as it aims to become a content platform as well as a social media site.

We’ve already seen LinkedIn make a clear move to generate more content by allowing every member to post blogs and Twitter is talking about allowing people to use more than 140-characters or even include longer pieces of content. Twitter has now also launched the “Moments” service which delivers curated content around the top news stories of the day. Look for it in the menu bar at the top of the page.

The move towards content is about keeping people on the social media platforms for longer, rather than encouraging them to go elsewhere to read articles that interest them. For businesses, it’s about finding where your audience is going for content and then providing it. In 2016, that may mean putting articles on social media platforms.

3. Social media as a search engine

We’ve seen a rise in people using social media to search for businesses and content, rather than relying on Google in the first instance. This is because people now want real people’s opinions of a business before then contacting them or making a buying decision.

Social media allows them to understand your values and get instant reviews. The rise in the use of social media for search means that every business needs a carefully managed profile to ensure they can seize on these unique opportunities.

The major firms have become so big and successful that the likelihood of another social media player crashing onto the scene is slim. The big four have proved to be hungry for acquisitions and they will snap up new technology rather than allow it to gain a foothold on its own.

I suspect we may also see some consolidation in the market, with some social media platforms coming together to compete in an intense marketplace.

This desire to keep people on platforms for longer and the acquisition of new technology will see more functions appearing among the key players.

Facebook has created the digital assistant, content apps are emerging elsewhere and we’re seeing a swathe of other technologies appearing. All of them will be aimed at immersing people in the apps for longer and businesses must look at how they can be used to communicate with customers.

With lots of new technology and more engaged consumers, social selling will become huge in 2016. The goal is a simple one-click button that will enable people to spot something in their social media and buy it instantly.

It’s already coming through and it will be a major opportunity for businesses looking for instant and easy access to their customers.

7. Competition for visibility will grow

With more businesses coming online and social media platforms finding new ways to generate revenue, the result will be a growing challenge in getting found on social media. Facebook are already restricting how businesses are found through organic searches and you can expect others to follow suit.

Twitter are talking about creating curated feeds instead of the standard chronological approach we get and LinkedIn already delivers you “top results” unless you ask for the most recent updates. All of this means businesses can be pushed down and forced to consider advertising.

As always, quality content and a targeted, engaged audience will be key, but this growing competition will force many to look at social media advertising and promoted content. Another result of this will be soaring advertising rates. At a meeting I had the other day, one consultant described Twitter’s new rates as “ridiculously expensive”.

Scandals like the Ashley Madison data breach have ensured that social media security has remained at the top of the news agenda for much of 2015. Personal data is a massive issue and it remains a top priority for all of the social media platforms who not only have to protect it, but also be able to track it and provide critical information when required.

Expect to see a wealth of security updates and a new generation of transparency in 2016. For businesses, it’s critical you stay on top of updates and make sure your accounts are secure. 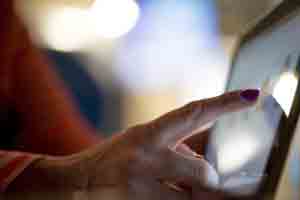 With Google now penalising websites that aren’t mobile friendly, the shift to optimise everything for touchscreen devices is well underway.

Social media platforms and apps are also following suit and will start including more touchscreen and mobile-friendly features throughout 2016. Again these could provide unique opportunities for businesses to engage with customers and should be monitored closely.

Content is the undisputed king of the online world and the crown looks far from being toppled for the months to come. Google has placed an even greater emphasis on content in its mysterious search algorithms and all of the social media platforms are hungrily eyeing ways to include original content on their sites.

Businesses must generate original, interesting and engaging pieces of content if they want to be found, trusted and engaging. Customers crave ways to find out more about firms and understand values and expertise. Many still want written articles but don’t forget about video and infographics as they are hugely popular in social media channels.

What does the future hold for social media? 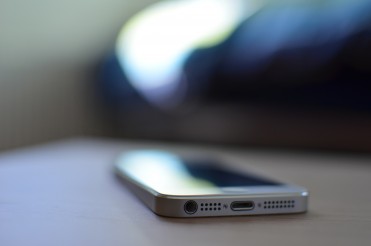 With demographics shifting on social media – we’re seeing a gradual rise in the age of users on Facebook – we will continue to see phenomenal growth in the popularity of platforms like Instagram and Snapchat which appeal to a younger audience.

They too will start introducing more functions and are obviously aiming to grab some of the revenues their bigger brothers are clawing in. This means businesses must be aware of the opportunities they can bring and look at some of the successes the big brands are already finding on these new platforms.

Overall, the future of social media is all about getting people to spend more time on a platform. Whether that’s reading and watching content or using a digital assistant to plan your week, the upshot will be social media platforms getting further embedded into your life.

While many will recoil in horror at that prospect, the truth is that it has already happened. However, that presents a unique opportunity for businesses to use these platforms to get instant access to the hearts and minds of customers.

Do you have any other predictions to add?