Turn off the TV and bounce back from Brexit, thebigword chief urges business leaders 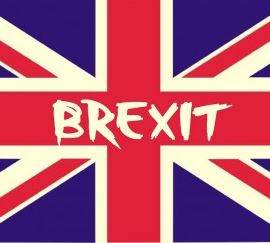 As the shockwaves from the Brexit vote continue to dominate the headlines, chief executive of international language services business Larry Gould has issued a rallying cry to UK leaders, saying: “Turn off the TV, cancel the newspapers and get on with doing what we do best – building great British businesses.”

Just a week after launching a scathing attack on both the Leave and Remain campaigns for “confusing British people beyond belief”, the international businessman is urging everyone to stop the “navel-gazing” and avoid getting absorbed in negative publicity.

thebigword is one of the globe’s top language providers and Gould says they will continue to deliver the same high levels of service and will continue to grow the business, as they would regardless of whichever way Thursday’s vote had gone.

He says: “This vote hasn’t changed anything. UK companies can still trade with the EU and even after this process is completed, EU companies certainly won’t shut the door. We are a very important market, the sixth largest economy in the world. We are innovative, we embrace international trade and we are renowned for quality and honesty.

“thebigword has world-beating technology and we continue to get a large number of enquiries from the EU and around the world. British businesses are used to beating the competition and we will continue to do so.

“We have to turn off the televisions, cancel the newspapers and get on with building great businesses – just like we always do.

“The Brexit vote and the political wrangling in America demonstrate many have become disenchanted with politicians. We can’t focus on the ambitions of two peroxide blond middle-aged men whose honesty is as questionable as their natural hair colour – we must now focus on new opportunities.”

thebigword works with the UK Government – it has won £180m in business from various departments in recent weeks – and a range of public sector bodies and global brands around the world. Larry says those relationships won’t change as a result of the Brexit vote and argues they will get stronger as thebigword provides the support companies need to forge new international relationships.

He says: “The world has enormous potential and it is easier than ever for businesses to access international markets. However, we can’t be complacent. We must work hard to sell more internationally and communicate more effectively in a language that speaks to customers around the world.

“I launched my business in 1980 when 124 companies a week were closing down. I ignored the negative publicity then and I have done in every financial crisis since. We must all now focus on the positive and continue to build on the position of strength we are currently in.”

thebigword has 11 offices around the world, employs 500 staff and has more than 8,000 linguists. Its innovative technology can identify and connect people to the appropriate interpreter in more than 250 languages in under 30 seconds. thebigword handles 1,000,000 minutes of telephone interpreting a month and 17,000 face to face meetings, as well as half a billion words of translation.