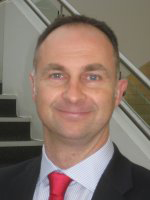 The UK’s first university business school, Bradford University School of Management, has celebrated its 50th anniversary at the House of Commons with more than 75 alumni from around the world and glittering guest list.

Guest speaker, Business Secretary Vince Cable, praised the contribution of the school to the global economy while Professor Brian Cantor, vice chancellor of the university, said the School was determined to build on its history and cement its position as a world leader in business education, research and thinking.

The School of Management opened in 1963 and was the UK’s first university business school. At that time, the Beatles were leading the British invasion of America and British manufacturing was riding high as a world leader.

In the years that followed, the school has established an international footprint and a reputation as one of the world’s best – it has been ranked in the global 100 lists since the Financial Times began its MBA and business school rankings in 1999. Most recently, the distance learning MBA program was ranked 11th in the World.

The school is one of only 59 universities in the world to have the coveted Triple Crown Accreditation – with kitemark accreditations from AACSB (The Association to Advance Collegiate Schools of Business), EQUIS (European Quality Improvement System) and AMBA (the Association of MBAs).

The school is now working with the Ellen McArthur Foundation and businesses such as B&Q, Renault, Cisco, BT and National Grid to create business models for the future that make use of innovation and new technology to address our dwindling natural resources.

The 50th anniversary House of Commons reception attracted more than 75 alumni from around the world along with a host of distinguished guests.

At the event, Dean of the School of Management, Professor Jon Reast, said: “Much has changed in the world over the past 50 years and the school has also had to change and evolve to match. However, the one thing that has remained constant is that the school has been and always will be focussed on the needs of business.

“I’m proud to say we have always been at the leading edge of business education and research and we are determined to remain a world leading institution.

“The future is all about returning to our roots. We will focus on our existing areas of excellence, distinctiveness and strength. The big issues for businesses around the world are: industrial relations and leadership; innovation, technology and enterprise; international business; and sustainability and responsible management.

“We are at the heart of modern business and that’s where we will continue to be in the years ahead.”

Vice Chancellor of the University of Bradford, Professor Brian Cantor, said: “The role of universities in the UK has changed dramatically. They used to be ivory towers for abstract teaching, reflective scholarship and fundamental research.  Now they play a key role in the knowledge economy as the creators of wealth and the motors for economic and social change.

“The world we live in faces major challenges, unlike any it has seen before. Universities like Bradford are essential to do the research needed to solve these problems and we must teach our graduates to be the next generation of world leaders, grappling with these problems and using research-based understanding to implement the solutions.

“Businesses have an important role to play and they need first class people to succeed, that requires a first class education. Bradford has been at the forefront of business education for the past 50 years and we are determined to remain a world leader for the next 50 years.”

For further information about the Bradford University School of Management, please visit http://www.brad.ac.uk/management/about-the-school/