What if the media spotlight turned on your school – how would you communicate in a crisis? 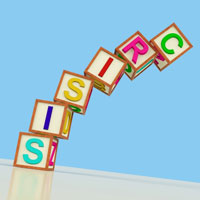 A disaster on a school trip is every head’s worst nightmare.  You are trying to cope with anxious parents while journalists and photographers are camped outside the school gates.

If you are a local authority school you can call on the council’s experienced press office team for support and guidance when a crisis hits.  But what if you are now an academy that has opted out of local authority control and you have a communications crisis to deal with?  Do you have the internal expertise to be able to deal with a barrage of media questions and interviews?

If your school is at the centre of a breaking news story you could face relentless questioning.  Media speculation will fuel concern among parents and students.  In the age of social media many will use Twitter and Facebook to voice their concerns and pose questions.

Is your school prepared to communicate effectively in a crisis?  Here are 10 key questions to consider.

Schools and colleges are increasingly working in partnership.  If you are a school that has come out of local authority control perhaps collaboration is the key to gaining the necessary expertise to communicate effectively in a crisis.  What do you think?