Why organisations should have a plan to engage with politicians 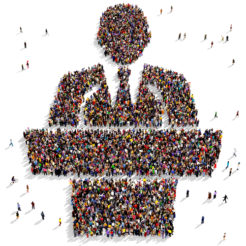 Too many organisations are often guilty of only engaging with elected representatives when things go wrong. We’ve all seen the headlines and cringed a bit at what’s gone on. And too many communications professionals make the same mistake – and aren’t equipped with the right knowledge or prefer not to get involved.

But building a strong relationship with the UK’s legislators is essential – their views and decisions touch all aspects of the public and private sectors and it’s important to get to know these people, feed into their decision making process and head off any potential issues long before they begin.

The best understood elected representatives are Members of Parliament and their role in regulation at a national level. You may already work with Councillors at a city or local level, particularly on planning but they also commission and deliver services, and have many regulatory responsibilities.

If you do business or run services in any of the devolved areas of the UK (Wales, NI, Scotland and London) you’ll also need to think about Assembly Members. And if that wasn’t confusing enough, elected Mayors are set to take charge in Manchester, Birmingham and elsewhere from May 2017 with sweeping powers and influence that is only set to grow.

So really, there’s never been a better time to connect.

I’ve worked with teams in the past who’ve had the idea that “if we don’t bother them they won’t bother us”. One very large public sector comms team said this to me recently.

If only that were true!

Politicians of all stripes can block a planned expansion, turn local workforces against a brand and generally make life difficult if they wish. Think some of the bad press given to some distribution firms and their work practices. Or the handling of online abuse my social media giants.

Or they can champion change and help win people over. Especially important for land and property developers and those looking to expand their business into new areas.

Like it or not, politicians are there, they have a voice and powers to go with it so a good comms strategy plans to get in ahead of any issues – well before announcements are made or, in reacting to unforeseen developments, getting information and having conversations as quickly as possible. Remember – politicians move quickly and you’ll need to as well if you want to maintain those relationships.

How do you communicate with politicians effectively?

As I’ve said – a proper, dedicated engagement plan for politicians is essential to private and public sector organisations. But what does that look like?

Every plan is different but one thing’s for sure – lumping politicians into your regular “bullet-in” email isn’t enough.

Your aim should be to become a “trusted source” of information and news opportunities. Somewhere they can turn when they need to know more about a subject or when they want to celebrate good work. That makes it easier to handle any backlash when things aren’t going so well.

Here are some top tips:

The biggest mistake many organisations make, especially in the private sector, is the idea that “businesses don’t do politics.” This is just wrong (they do) and is a real hamper to effective working. Doing photo ops together, providing information to politicians and having positive working relationships isn’t picking sides or getting in the middle of an argument. As long as you’re open, honest and work in an unbiased way with anyone you think is important to your organisation, you won’t run foul. No one is asking for an unambiguous endorsement – just cooperation that benefits both sides.

So check – does your comms team have a dedicated plan? How is it progressing and what could you do to improve those relationships now and in the future. After all as one very famous politician said “The time to repair the roof is when the sun is shining.”