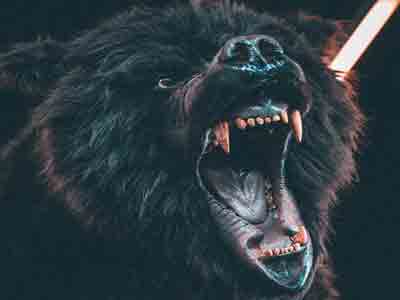 I am hesitating to write this blog.  I want to remind people who are new to social media that whatever you do and say online, can form part of anyone’s recruitment process.

Why do I hesitate to say this? Because part of our mission at Next-Up is to help people who are leaving corporate life to use social media strategically, especially LinkedIn.  And even start using it!

If I write about the pitfalls of social media, it will just confirm their worst fears that this whole online world is awful and they have been right to ignore it and shouldn’t use it in future. But actually, being absent from social media can and will increasingly be seen as a negative in itself.

So here I want to write the grown-up’s guide to using social media, explain some of the protocols and give a few pointers on finding your own tone of voice and how you use that online.

This blog has been triggered by spotting a few people recently who regularly make quite sharp, challenging comments on people’s LinkedIn posts.  I have a sense that they are trying to position themselves as the wise, experienced person who sees beyond the ‘chat’. And that this will position them as someone who is good to have around a board table – challenging, able to see the bigger picture, someone who will drive profit.

The reality is that chairs may want people who can challenge, but it has to be in a supportive way that achieves results.

What these LinkedIn comments are doing is turning people off the commentator.  I know, because I have been to events where others have said to me, “What was that comment all about, have they got a problem with xyz?” Or in one case I gently picked up on a LinkedIn comment with a reply online and a couple of people messaged me privately to thank me for doing so.

A few of these are in a position to appoint non-executive directors to their own companies and I can say for sure, they will never even consider any of the sharp commentators for their boards.

What boards want are non-executives who influence change in a collegiate way. It is the art of asking the supportive but challenging question.

So someone who is positioning themselves for non-executive director roles wants to come over as collaborative and supportive. I have a feeling that those making the sharp comments would say they are being challenging based on a factual and practical standpoint (referencing Ann’s blog above). But the proof is in the eating – their comments irritated others to the point of not wanting to know the individuals and certainly not work with them or even meet them.  So they have failed on all counts.

If you are new to social media you may be surprised that, overwhelmingly, the professional market uses it generously.

Of course, there are always online ‘trolls’ but in ten years of being active on social media, I can only think of one occasion where we have blocked someone and even then, their comments/behaviour were not enough to report them.  They just had an agenda that we didn’t want to engage with.

The people who get the most out of social media are generous, kind, helpful and sharing.

There is an old maxim that you should never discuss politics or religion at a dinner party – and some would add, sex too. This may seem out of date, but I would say it is a very good rule to follow for social media.  Particularly until you are really confident and have spent time engaging online.

I itch to comment on so many things around Brexit at the moment, but I check myself.  Why do I want to do it? Just because I have a view and I want to influence others.

But then I come back to, what is our brand? Next-Up is not in any way political – we are trying to help anyone who needs support and ideas when they retire and that will include people from all shades of politics.

I was interested that someone who works in the public sector said they couldn’t share the blog I did on What next for Theresa May?  It isn’t in the least bit political, I just looked objectively at Theresa May’s skills and how she might use them next in her career.  But the heading with Theresa May in it, could be seen by others to be a political comment if you don’t actually read the blog – and he couldn’t risk being associated with that.

The best thing for newbies to LinkedIn, Twitter, Facebook and the rest is to watch and learn for some months to understand protocols and what people respond to.

One of the most memorable stories about how to use social media came from Chris Brogan and Julien Smith in their book, Trust Agents. I wrote a blog about this years ago – although old, it is nearly all still valid and worth reading, Ten Steps from Trust Agents to improve your social media engagement.

The story that stuck was about Joe Pistone who went undercover for the FBI in New Jersey as Donnie Brasco, a jewel thief – this is a true story, even though a film was also made about it.  Joe’s initial moves were very subtle, just becoming a regular at Carmelo’s where the Mob hung out – but he never talked to them initially.  Over months he became part of the scene, played backgammon and gradually started playing with the right people.  He was known by them and ‘one of them’.

Brogan and Smith used the story to explain how to use social media.  Just hang out for a while and watch what people say and do, become ‘one of them’. See the style of what people you rate are saying – which may be different on different social media – and think about what you should do to fit in.

If you get it right, people eventually think they know you and want to do business with you – even if they have never met you.

In Joe Pistone’s case he did it so well the Mob involved them in their heist and he was able to catch the thieves!

A lot of the above is negative, based around the Don’ts of social media. Now let’s flip this to the Do’s.

Start with your personal brand. How do you want to be seen, what do you bring to a board – or any role whether consultant, adviser, trustee or other?

And this isn’t about you but the problem you are solving. To build a brand, you need to understand what businesses or recruiters are looking for, the gaps on the boards, particular skills that are difficult to find.

And then decide what your brand is in terms of behaviours. I haven’t thought about my brand for some time (tut tut!) but I think I would define it as passion for helping others, innovative and creative, understand the boardroom and what is needed for it, understand the issues of retirement and how to help, love helping the younger generation – and getting generations helping each other, comfortable with technology.

And I am fundamentally a positive person.

So my LinkedIn and other posts are trying to reflect these.  I read widely and share articles on AI, digital, retirement, the professions, board issues and more; share and congratulate people such as my peers and young entrepreneurs; ask questions around relevant issues.

The final word on all this is to remember that AI (artificial intelligence) is now used to scan the internet, including social media, to find the right people for jobs – but also to check people out. What can you deduce about a person from what they say and do on social media?

Earlier this year, Megan Farokmanesh tested out DeepSense and said

And she then plugged in her LinkedIn profile to DeepSense, “When I plugged my own LinkedIn into DeepSense via a browser, it informed me that I’m a skeptic who will incessantly ask questions — a horoscope-like description you could apply to any journalist. Interpretations of my abilities as a team player or how friendly I am were curious, but vague enough to apply. I’m certain my editor has different opinions on my ability to hit a deadline.”

Most of this software is still in its infancy – they are additional tools to the recruitment process rather than taking over the whole thing.  So far.

However, it is worth thinking about how you come over on social media.  Any professional worth their salt will scan your LinkedIn and other profiles as part of quick checks. If you are being considered for a FTSE chair, as an example, many headhunters and companies will employ specialists to do a deep reputation check – and, of course, they delve into social media as part of that.

What people deduce from your LinkedIn and other activities may say more about you than you want – or actually be the final piece of a jigsaw that show you to be contemporary, engaged and supportive.  And get you on a shortlist.