WonkComms, social media, and the power of a shareable idea

I recently attended WonkComms in the North: what’s the future of think tank communications? in York. I was there with one of my other hats on – representing regional charity, Involve Yorkshire & Humber* – to discuss tactics for communicating academic research and policy reports, and to hear the latest thinking from top think tank and third sector speakers:

The event was chaired by Abigail Scott Paul of Joseph Rowntree Foundation and introduced by JRF chief executive, Julia Unwin.

It was my first WonkComms event so I was interested in finding out more about the concept. WonkComms is for communications teams in think tanks and research organisations to share ideas and help research to be heard, found and acted upon by existing and new audiences.

It aims to give “wonks” a space to “share their practical experiences implementing revolutionary and evolutionary change using digital tools” through events and social media.

Northern Lights has long been a keen advocate of digital as an integral part of PR and comms for B2B – and it is great to see such forward thinking in the policy world too.

Richard Darlington’s talk on the pyramid of engagement was particularly interesting as it shows how far we’ve moved on from the days of reliance on an embargoed press release and a launch event.

He highlighted ‘the [other] pyramid of engagement’, which shows the huge potential for digital to fill the gap between the momentary engagement of a retweet and the huge time investment in attending an event or sitting down to read a full report. 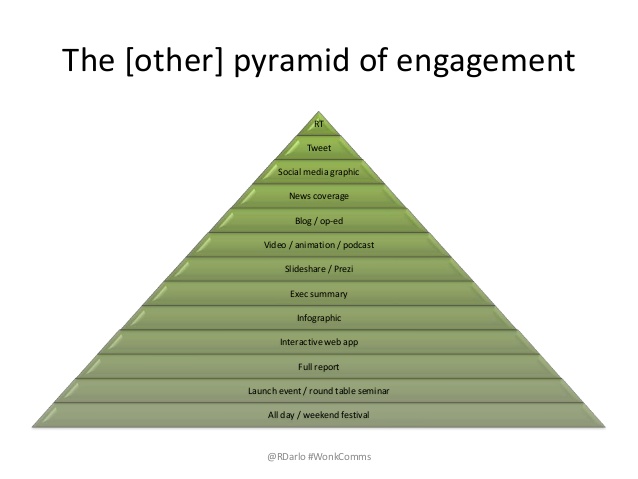 Infographics and Prezis can grab fleeting attention and spark an interest – which can then lead on to the desire to find out more and take action as a result (our old friend AIDA, leading to the holy grail of behaviour change).

Of course, there still needs to be a good story, well-timed hook or headline number behind the content in order for it to succeed in going viral – but when it does, it can have a huge impact.

Leonora Merry shared the example of a pre-budget infographic that they created and released in the vacuum between the morning news and the Chancellor’s speech. Through the power of Twitter and a huge interest in the story that morning, the infographic was shared far and wide and resulted in an interview and feature for Newsnight by then economics editor, Paul Mason. 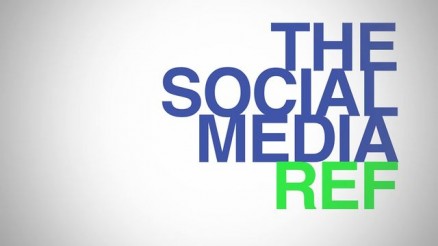 We are increasingly being asked by universities and higher education institutions to help them promote their research more widely and increase its impact and influence outside the academic world.

While REF impact scores and the need for alternative sources of funding may be the initial incentive for this shift to embrace the power of PR, communications and social media, it is clear that many more academics and research institutions are now recognising the need for engagement – and are happy to invest in the communications expertise needed to achieve it.

But while the charity, policy and education sectors have embraced digital communications, is the private sector – in particular large corporates, and those who may like to think of themselves as innovators – slipping behind?

I recently wrote about how business leaders should consider writing thought papers about what they know – sharing your sector knowledge is a generous act that can be a powerful way to communicate and connect with other industry leaders and potential new clients.

Academics and researchers are already getting on board with strategic social media – it’s time senior business leaders did too.

Do you agree?  I’d love to hear your thoughts – or for you to prove me wrong!

*Involve Yorkshire & Humber is a charity that supports the community and voluntary sector (VCS) across the region, undertaking research and publishing policy papers on issues that affect the VCS.