Writing as your new career – and having fun in the process! 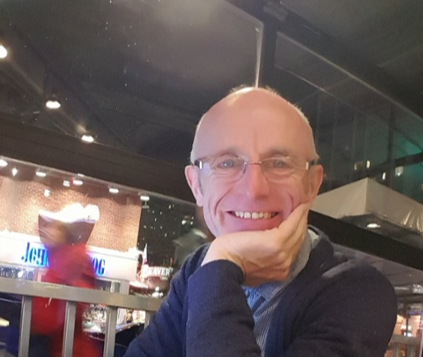 Politics, business, property, finance and sport are of particular interest to us but we will listen to anyone who has a suitable ‘voice’ and idea to write for us. All we are looking for are writing skills – of course – credibility and experience, passion and commitment to write for us consistently.

What could you get out of this?

The thing about becoming a writer is you won’t be paid, but you will start to be invited to all sorts, meet new people and have a great time!

Here I share my own story of becoming a travel writer and theatre critic – and creating an amazing life! I think reinvention is the secret to eternal youth. Well, maybe that is slightly over-stating it but one thing’s for certain, if you remain passionate to the end, your light will burn that much brighter, you will be happier and those around you will love you for ever!

If I had a pound for everyone who has said ‘you have an amazing life’ I would be a wealthy man. However, I have to say that many of those comments have often come from multi-millionaires who could buy and sell me ten times over. They have the cash but no imagination other than how to make money. For me, that was never enough.

Right now I use my journalism skills to write my way round the world and, so far this year, I have been to the Philippines, Thailand, Abu Dhabi, Dubai, Guernsey, the Isle of Man and the amazing city of Genoa in Italy. By the year end I will have been to see the Northern Lights via Norway, the cities of France via a cruise up the River Seine and Japan.

Last minute of my travels for the Yorkshire Times even though I am tired at the end of each journey! However, I don’t have the luxury of exhaustion because, when I’m not travelling, I review the professional theatre and last year, went to somewhere in the region of 60 professional shows. In short I indulge my two passions, theatre and travel.

It isn’t always a simple journey

This did take time, commitment and a bucket load of determination. Yes, I had the core skills honed from a career in journalism, however, there was also the added factor of losing £250,000 in a business deal!

When you wake up and realise that your bank account is not only empty but that you still carry the original debt, raised against a property, it requires huge self-reflection to deliver, in three words, a conclusion that will preserve your sanity: ‘It’s only money!’

Those words were my saviour because they allowed me to laugh at the absurdity of what had just happened, enabled me to understand that money is a mere commodity and that, with the right mindset, it can be won back.

In two years I had come back from the loss but, more than that, losing a quarter of a million pounds did something wonderful for me. It galvanised me into action.

How could I indulge my passions now that I had lost all my wealth? I HAD to reinvent myself and did so by approaching the fledgling Yorkshire Times, set up their Arts pages and, a few years later, went on to become Travel Editor. I went to the theatre free of charge (I still had to produce reviews every night!) and began to travel the world on a quid-pro-quo basis; you give me the trip and I will write about you. I created a new phase of my life.

What are your passions? Are you following them or languishing your life away whilst poring over the next luxury kitchen design? What are you doing with your life? You can’t take it with you!

Why not come and write for the Yorkshire Times? No, you won’t be paid, you probably have enough cash already! But we will re-ignite your fire ‘if’ you write about something you are passionate about. And you can be part of a journey that is already seeing something amazing manifest itself.

We have an online newspaper, started and written by passionate people, who charge nothing. There are now 50,000 readers a day and we will soon dominate the M62 corridor as we launch another online newspaper.

But, just before I invite you to become part of the journey, consider that wonderful strapline used by Business Networking International (BNI) a networking organisation of which I was part for seven years. ‘Giver’s Gain.’

Sometimes you have to give first in order to get something back. Doing ‘summat for nowt’ as the Yorkshireman once said, may lead to paid opportunities. It did for me. On one of my foreign trips, a Director of Cultural Services in a certain city asked if I could help bring bloggers andkey influencers to his country? I could and I did. I was also paid.

Fancy being part of the Yorkshire Times’ journey?

If so, drop me a line at phil.hopkins@yorkshiretimes.co.uk and make sure you put the words PASSION WAGON in your subject line, then I’ll know you’re serious!

Just make sure you die happy and fulfilled. Regret is a bankrupt emotion!

Travel editor for the Yorkshire Times