Consultant and author of "Managing the Multi-Cultural College" 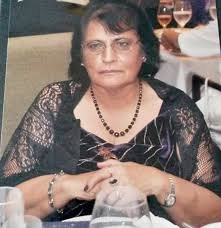 Ranjit Arora shares tips on finding consultancy work and trustee roles when you don’t have a strong network.

Starting her career as a teacher, Ranjit progressed to teacher training and middle management in a Further and Higher Education College. She also worked for the BBC and authored several books and research publications. Now, she is continuing to take on various interesting and fulfilling roles in unretirement.

After leaving her full time paid job, she built up a portfolio of paid and voluntary positions in unretirement as a consultant and non-executive. Her books include Managing the Multi-Cultural College and Race and Ethnicity in Education.

She describes herself as a woman of independent standing and personal credibility, and says she is fair-minded and always speaks her mind, though this frankness has not always helped her on the career ladder.

Ranjit admits that when she decided to look for consultancy work, it wasn’t easy. It began with an initial secondment to the DfES during her full-time employment and eventually she made this a full career move.

How did she get this work?

“Some people can rely on who they know, but I didn’t really have a support group of people who could help in this way.”

“I had to work extremely hard in searching for and applying for my roles – both as a consultant and as a Trustee in the voluntary sector. Just about all my appointments were advertised in regional and national media.”

Her appointments in unretirement have been wide-ranging and an interesting mix of paid and voluntary work. She has been a magistrate, worked as a non-executive director at Bradford NHS Community Health Trust for nine years; served on the Equal Treatment Advisory Committee of the Judicial Studies Board; served on the governing body of Leeds College of Music and worked as an Equalities Adviser with the Universities UK.

One example of an important consultancy role was a European project in Prague, helping to integrate Roma children into the education system in the Czech Republic. It meant travelling to Prague for a week every month, which she thoroughly enjoyed, and from this followed other work in a similar field.

Keeping up with your network

At one stage, Ranjit decided to have a break due to ill health.

“With hindsight I was too impulsive in doing this. I was quite laid back about what I did then and was going to do. The reality is that once you step out of doing these roles, it becomes hard to get back – you lose contact with your networks and you don’t look as active when you start applying again. Maybe there is an age thing too, I’m not sure.”

However, she has managed to get back to an active life and is now taking on new roles in unretirement. Ranjit currently serves as a Governor on the Bradford and District Care trust, representing Bradford Assembly and acting as panel member of the Hate Crime Scrutiny Panel with the West Yorkshire police.

“When I look back and think I could probably have managed a better balance between it all.”

Ranjit would still be happy to take on a few more commitments, but overall is enjoying her life.  She has taken to going on cruises, which she says is a great way to see the world and gives her time and space for her writing again.

“I am still thinking what I want to do next. A combination of travelling and writing suits me fine, and perhaps I could use my experience with a few more voluntary roles in the future.”