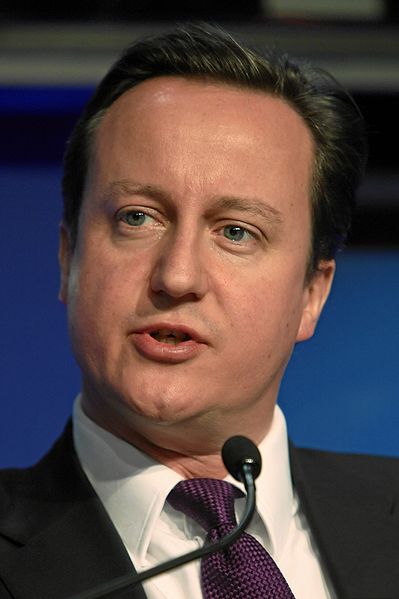 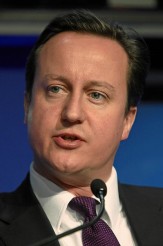 I was delighted to be the guest today of the CBI at their annual conference in London – representing higher education through Bradford University School of Management.

David Cameron had apparently said he wanted to be ‘sunrise uplift’ from now on and it was a surprisingly upbeat day.

All parties are enthusiastic to recognise and support what this country does best – innovation, science, digital technologies, new media, regenerative medicines.   Cameron announced £200m investment in a network of technology and innovation centres across the country.

The Rt Hon Paul Martin, former Canadian prime minister, was very well received.  In 1995, he faced a massive deficit and made draconian public sector cuts.  He was held up as the example of how the Coalition strategy will work.  Though Ed Miliband later pointed out the world economy around Canada was a very different place then from that surrounding the UK today.

The story of how Martin worked with his cabinet and consulted nationally makes me want to buy his book, Hell or High Water, about these times

3. Businesses are living the green agenda …

The politicians were light on ‘green’ in their speeches but were soon pulled up with questions from the business audience – Jean Boulton of Sustain;  Martin McAdam of Aquamarine Power and Simon Anderson of Green Energy Options were all quick off the mark to challenge politicians on their support for this sector.

You won’t find anyone more enthusiastic for the business opportunities of green and digital than I am.  But a thought did flash across my mind, it is starting to feel like the heady days of financial services taking hold in this country.  It was group think then – are we in danger of group think now on the green agenda?

5. Government and journalists must find a new vocabulary

A lot of CBI member businesses are small and innovative, exactly the sort that the country is pinning its hopes on for growth in employment.  Speaking in the breaks, though, the ones I spoke to do not employ many people at all.  They are very flexible networks of associates, freelancers, partnerships.  The audience was asked for a show of hands if they expect to employ more people – and several around me had their hands half up and half down!  They are hoping to be more successful and grow – but not necessarily employ people.

There was something about Ed.  He said sorry, listened to businesses, talked to them.  He was pretty engaging.  Of course, he’s a politician and we know that’s what they do well – wooing the public!  But this rather cynical audience was not as cynical as you might expect

7. New broom sweeping up at BP

Bob Dudley, new group chief exec at BP, talked about the BP crisis, how it was handled and what they are now doing differently.  The focus is now absolutely on safety – and all bonuses that aren’t related to safety have been suspended till the end of the year.   He apologised sincerely for the damage they had done in the American Gulf and it felt genuine.  I got to ask him a question – and said what they are doing all sounds very ‘right brain’ ie very mechanical – what is being done about their culture and getting a better gender balance in senior management?  He suggested we talk – I plan to take him up on that.

8. Bankers have really learned nothing

Bob Diamond, president of Barclays bank, was depressing.  If I was his PR adviser, I’d sack the speech writer and not let him near a podium – he was far better when speaking naturally from the panel.  He was so wooden the photographers (around 20 or 30 of them at the front) completely stopped shooting photos of him for five or ten minutes!  Several people said his message was ‘don’t hammer the banks’ and he was very defensive.  I thought it felt arrogant.  OK, Barclays didn’t collapse – but Diamond admitted (when challenged) that they need to do far more training and develop credit skills in their small business services.  And look at better lending under £10m.

9. The bankers are optimistic

Jeff Randall – of Sky News and the Telegraph – led a panel discussions with bankers: Bob Diamond, Barclays;   Paul Tucker, Bank of England; and Antonio Horta- Osorio of Santander.  He asked if they thought we were going into double dip – no, they all said

10. And what do businesses think? 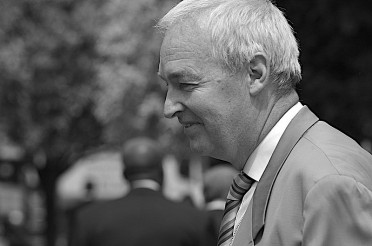 Jon Snow of Channel 4 News led a panel session with four really great businesses.  Jim Ratcliffe of Ineos may not be the most comfortable speaker, but what a breath of fresh air.  Down to earth, he’s grown Ineos stratospherically by tight control of costs, acquisitions, incredible focus on safety – they are in chemicals, and a head office of fewer than 20 people.  The other business speakers were Ian King of BAe Systems; Nick Buckles of G4S; and Matt Brittin of Google.  Asked if they see their businesses growing – all four said yes.

And Jon then asked the audience – do they think there will be a double dip?  A rare stray hand went up.  British businesses may not be exactly confident, but they are certainly not doom and gloom.  They are looking for new markets, prepared to invest and toughing it out.