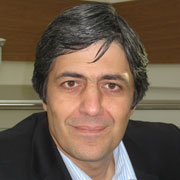 The business school, ranked among the world’s elite, is working with three universities, a business incubator unit and the Ministry for Education in Ukraine, two universities in Belarus, and a university in each of Estonia and Greece.

The project will focus on helping students to understand and apply innovation in a business context and academics to build relationships with businesses to encourage more innovation.

Christos Kalantaridis, professor of entrepreneurship and innovation at Bradford University School of Management, said:  “Belarus and Ukraine are dominated by heavy industries which have relied on their internal markets for sales.  Their business models are based around cheap labour and traditional products.

“These countries are waking up to the need for better quality products but, despite having strong academic universities, there is no culture of working with universities to innovate.

“Our goal is eventually to help create a culture of open innovation, which is recognised as one of the fastest ways for a country to speed up its economic growth.”

The Tempus project was launched in November 2012 at Uzhgorod National University in western Ukraine and visits are planned to Greece and Estonia in April and to the UK in May next year. The Bradford team are helping the Ukraine and Belarus universities to set up a network of Innovation Laboratories.

Bradford University School of Management set up an Innovation Club for businesses large and small to learn from each other and academics.  In May, academics visiting from the project will be invited to take part in Innovation Club activities and identify ideas for their own countries.

The project is funded with support from the European Union Tempus Programme.