How do businesses make the most of the Tour de France Grand Depart? 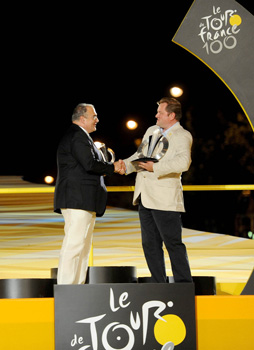 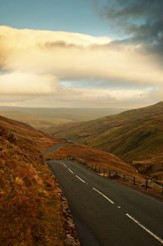 The world’s biggest sporting event, the Tour de France, is coming. For those outside of Yorkshire, you can’t have escaped the media hype about the Grand Depart touring “God’s Own County”. For those in Yorkshire, the swarms of roaming road resurfacing teams and hoards of grandmothers furiously knitting tiny cycling jerseys at the roadside for the festoons of bunting will have given you a clue that something major is coming.

For the one person this side of the moon who hasn’t heard about it – Mother Shipton, the petrified cave-dwelling witch in Knaresborough – Yorkshire is set to host the Grand Depart of the Tour de France in a little over a week from now.

It is a major event – something Yorkshire should be hugely proud about – and the numbers are mind boggling. Around three million people are expected to line the twisting roads of Yorkshire over the weekend of July 5 and 6, while another 3.5 billion people around the globe watch on television. More than 5,000 rooms are needed just to house the riders and their entourage, while more than 2,000 journalists from more than 200 countries around the world will be attending.

Now, before you race off to get a swathe of Tour de France branded goods to hand to clients or sell at the roadside, bear in mind that the race organisers are, unsurprisingly, furiously protective of their brand and take swift action against anyone who attempts to cash in on it without seeking permission first.

However, there are other ways to make the most of this major sporting spectacle. I’ll skip over the hotel and leisure industry as they will already (hopefully) be completely booked up for the weekend – such is the demand that I’ve heard tales of people renting out their homes along the route for upwards of £10,000.

Here I’m concentrating on the companies that don’t have any goods or services to sell to spectators, but will still have the opportunity to turn the Tour de France into new business.

The biggest benefit of this event is undoubtedly the impact on the profile of brand Yorkshire and, to some extent, brand Britain. The Tour de France is loved the world over – particularly in the USA, Australia, France, Germany and the Netherlands – and that means the world is going to be watching.

Not since Yorkshire won more medals in the 2012 Olympic Games than Australia, has the county’s name been higher on the international stage. That international focus presents significant opportunities for the region’s entrepreneurs. 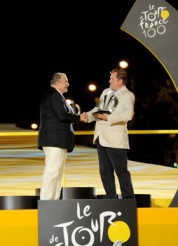 Under the leadership of the man behind the bid, Gary Verity of Welcome To Yorkshire, the county’s reputation for innovation, quality and expertise is being promoted at every level as they work to create a lasting business legacy. What that means is that businesses needs to push their Yorkshire credentials in every form of communication – from private emails to clients and business cards, to social media and advertising campaigns.

By proudly shouting out about your Yorkshire roots, businesses will be able to align themselves with a major positive event and it will undoubtedly help to open lucrative new doors around the world.

The event is also attracting a range of business leaders from around the world and that presents significant opportunities for local companies to build new networks and identify new opportunities. The main event will be the International Business Festival being organised by Welcome To Yorkshire and the UKTI – at which I’ll be delivering a speech about doing business in Dubai and raising your online presence – but there are a whole host of other fringe events and spectator celebrations that will present unique opportunities for finding new international customers. For more on making the most of networking events, read one of my recent blogs here.

In addition to getting out there and meeting people, you should also be working to align your brand with the event – without breaching the Tour de France rules. Simple steps like talking about the Tour de France and joining the celebration on social media platforms will have a big impact.

By using keywords associated to the Grand Depart in blogs, Tweets and any social media updates, you will quickly be picked up by people around the world who are also involved in the conversation. Make sure you also use the recognised hashtags in your updates – #TDF and #TDFYorkshire – and follow @letouryorkshire on Twitter for ideas on how to get involved.

Your website should also make the most of the opportunity by including similar keywords and phrases and by being welcoming to any potential international visitors. Key steps could obviously include translated pages, but that often implies you are able to accept calls in different languages. If this is a step too far, just include some small gestures like some simple greetings in other languages.

Your website should also be shouting about your Yorkshire credentials and supporting the message that the UK is the home of quality, expertise and innovation.

In terms of publicising your business, now is also an ideal opportunity to grab some press coverage as journalists around the globe will be clamouring for decent Tour de France related stories. However, think hard about what you have to say and follow these simple steps before approaching the media. 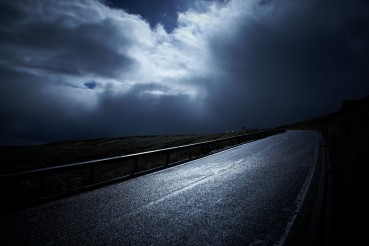 Finally, and perhaps most importantly, businesses need to be race ready. The arrival of the Tour de France will be a blessing for some who are aiming to cash in on the millions of spectators, while it will be a nightmare for others who can’t get staff in or deliveries out. Careful continuity planning is needed to make sure your business can operate during the event, but it can also be an opportunity.

If it’s impossible to operate and you are on or near the route, why not shut up operations and instead invite existing and potential clients to join you for a celebration and watch the world’s greatest sporting spectacle go by while cementing relationships and forging new friendships? 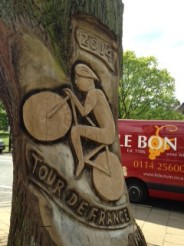 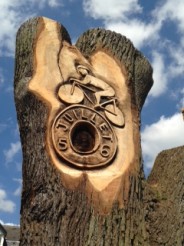 The Grand Depart of the Tour de France is the biggest thing to happen to Yorkshire since the Ice Age glaciers rumbled across the county and carved out the remarkable landscape. Most importantly, it thrusts businesses here onto the international stage and many are already gearing up to grab their time under the spotlight.

The potential for businesses is huge and it would be great if you could share your own plans for seizing on this unique opportunity in the comments below.