Confidence is an important ingredient for successful communities 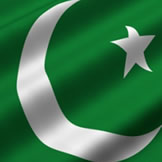 Today was the 20th anniversary of Pakistan’s independence and I was invited to the Jinnah Awards with 400 people at Aagrah in Bradford, to mark the occasion.

While dinner was served, a number of local people in the audience were allowed precisely a minute to talk on any subject.

Although there was great pride in the speeches, I increasingly sensed a lack of community confidence. It was really puzzling, considering this was a room full of the region’s success stories and their friends and family.

People talked with enormous pride about the heritage of Pakistan and their gratitude to a generation of parents who initially came to the UK to make a better living for their families.

But they also mentioned the lack of educational and aspirational achievements of the Pakistani community and poor public perceptions. That was why they saw the awards as so important in providing role models for the younger generation.

Over the years I have been involved in a number of projects to raise the aspirations and skills of communities. But I’ve never come across projects that focus on confidence raising and self-belief for a whole community to help raise aspirations.

If parents, communities and the younger generation don’t have confidence in their community and ability, then they will be doubly jeopardised. Not just the barriers of language and skills but also the lack of belief to achieve success.

I came away thinking about these awards. For many of us these evenings mean just another dinner, another trophy on the wall.

In the case of the Jinnah Awards I feel they are playing a pivotal part in boosting the confidence of an important community – but should we be doing a lot more to make this community believe in itself?