Could your boardroom ethics cost you £20bn? 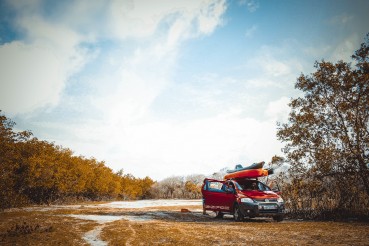 For too long, the issue of ethics in the boardroom has been seen as rather fluffy or for the CSR department and not about core business.

But in the last few weeks we have seen just what the cost can be.

Martin Winterkorn, chief executive of the world’s second-largest carmaker VW, has stepped down as the scale of the emissions scandal wiped nearly 26 billion euros ($29 billion) off its market value overnight.

So what are the issues here and what can we learn from the sorry story?

I was interested that Hillary Clinton tweeted: “Outrageous. When companies put profits ahead of safety and the environment, there should be consequences.” 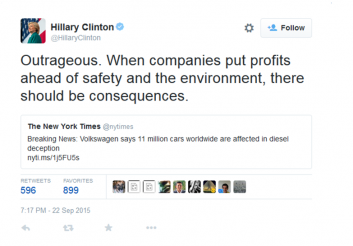 Now we all know that tweets are not crafted essays, and condensing your key point into 140 characters at speed means it is easy to leave out something critical. However, my own reaction to Clinton’s tweet was that while safety and the environment are really important, the biggest issue was fundamental, known dishonesty. Selling customers something that you knew was blatantly packaged to look good and wasn’t.

In a statement issued by the company Winterkorn said he was “shocked by the events of the past few days. Above all, I am stunned that misconduct on such a scale was possible in the Volkswagen Group.”

Who believes that? It’s amazing how quickly the rock solid reputation of a company can disappear in minutes?

In the States, the VW head, Michael Horn had admitted far more directly that the company ‘screwed up’.

We had a discussion in our office iabout the VW fiasco and I asked my colleagues why they thought VW bosses had done this. Immediately they said “greed”. No-one believes Winterkorn’s protestations of innocence.

Major corporates now pay their top bosses what are eye-watering sums for most people – and certainly most of their employees. The Telegraph says Winterkorn was “one of Europe’s highest-paid chief executives with total annual remuneration of €16.8m (£12.3m) last year … and could depart with a payout of more than €30m (£22m).”

What leads a solid German car manufacturer to take part in such wholesale dishonesty? And if the chief executive says he knew nothing, you have to question which was the worst sin – doing it or not knowing being in charge of what was happening in the business?

Over the years I have helped many organisations with their internal communications – creating a culture of honesty is typically part of the objectives and messages.

But I have been really challenged in thinking how do you ensure honesty in a company when the board is the problem? Culture has to be led by example and from the top. Here is what I have come up with – and yes, it is extremely difficult 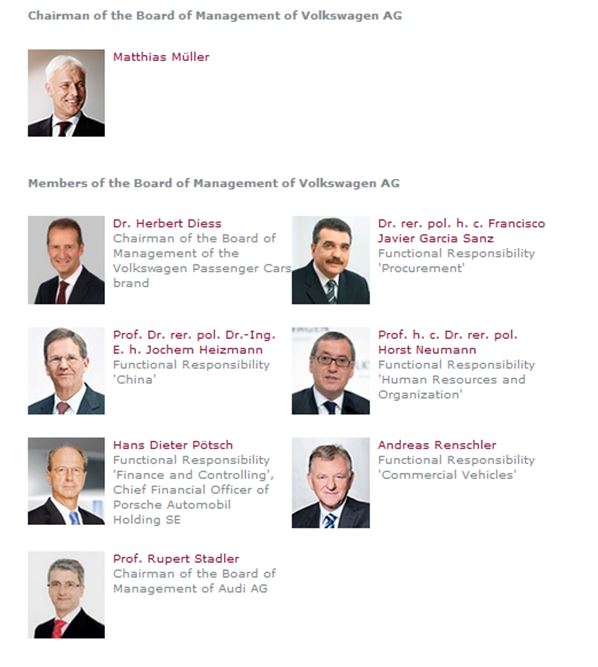 There is a lesson for us all in here. Have a look at VW’s ‘basic principles’ – their values. 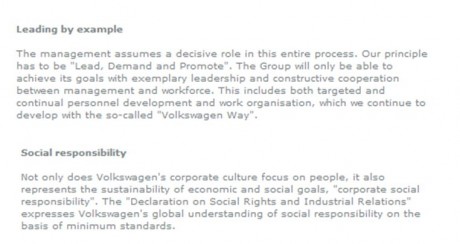 It just shows that if you don’t have real belief and example at the top, then all your values are completely meaningless. Words mean little. It is what you see every day in how your leaders live the values, that create ‘culture’.

The so-called ‘Volkswagen Way’ could take on a whole new meaning.

How do we overcome this arrogance and dishonesty at the top? We keep seeing it – from the mis-selling in banks to Tesco’s accounting ‘overstatement’ to Toshiba’s £780m accounting scandal – but we fail to find answers that work.

I started this blog knowing exactly what I was going to write. I have done loads around boards, board ethics, culture and ensuring honesty. But normally we work with a chief executive who has a clear vision and wants help to put it into place. However it is much more challenging to ensure honesty when there isn’t the initial leadership behind it.

I wrote a six-point crisis action plan for Barclays and other banks just before Bob Diamond stepped down. That would have worked because it is such a heavily regulated industry and I was looking at the crisis comms aspect; looking at how a culture develops and what you do about it is very different.

What needs to change in our boardrooms; what would you do?