Digital disruption – how is it shaping companies and boards of the future?

What do companies of the future look like? And what sort of boards do you need to run them? From the discussions at a Heidrick & Struggles breakfast debate this morning, traditional corporates are struggling to think digital, disrupt their existing models or recruit the talent to help them.

However, all is not hazy. Our guest speaker, James Bilefield (entrepreneur, McKinsey adviser, board chair and more – and excellent speaker), shared his thoughts on how the new global giants of Apple, Skype, Ali Baba, Google, Netflix and even Uber have achieved success – and what more traditional businesses can learn from them. 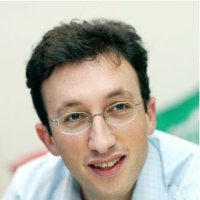 Most boards look at strategy as an incremental process, they don’t think radically. James was part of the original management team at Skype, where they started with the proposition ‘how can people talk to each other across the world for free?’. And also, why should we pay a phone bill?

He pointed out that Google X employs 1,000 people to look at the unthinkable for the future – this is where driverless cars came from and contact lenses that can measure the body’s glucose levels to help diabetics.

Last year Ali Baba handled more than 60% of parcels delivered in China with $170 billion in sales, more than eBay and Amazon combined. It is on track to become the world’s first e-commerce firm to handle $1 trillion a year in transactions – yet it has no stores. It is about to take over Walmart as the world’s largest retailer – yet it was only founded in 1999. 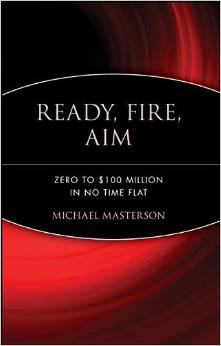 James mentioned Michael Masterson’s book ‘Ready, Fire, Aim’ – a great phrase to sum up how businesses need to think and act. Get a product to market in six months. Get it, push it out, see what happens. Then refine.

I love this. The recession, combined with the opportunities of social media, have helped our own business to rethink our ways of working. My mantra now is ‘80% is good enough’. Speed is a critical success factor.

It is easy to think that rapid growth and global coverage can only be achieved through internet-based companies. But James cited Uber, the taxi company started five years ago, which operates in 58 countries and 330 cities.

This is a very tangible, land-based business. You need drivers, have to work with regulators and build an infrastructure. But still you can go global rapidly if you start with the vision.

This is the part that should be the most achievable for existing businesses. Look at what you can learn from the best – not in your sector, but from the successful disruptors. What are they doing that you can learn from?   Partnership and acquisitions can get you there quicker. Google buys 50 companies a year, so does WPP. This will bring in new talent, cultures, thinking, business processes, IT. They will disrupt your business.

Hire a chief digital officer; MTV was the first to do this, now it is commonplace. Apple’s chief design officer, Jony Ive, is more powerful than the CEO. Burberry appointed their chief creative, Christopher Bailey to become CEO. Top talent is already looking very different from ten years ago – what will it be in the next five? 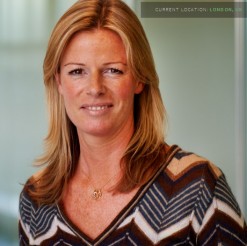 Lucy Harris, partner at Heidrick &  Struggles who heads up their retail practice, commented that the briefs for chairmen and execs are changing: “We recently agreed our first board spec which specified the ‘ability to learn’ as an essential requirement of the job. The challenge for us all is that there is not enough talent to meet the briefs for the future. We are all going to have to think imaginatively about how these skills and attitudes are developed.”

My own contribution to the discussion was that it is probably time to think about the make-up of boards and the functions they perform. Jenni Hibbert, partner at Heidrick & Struggles made the valid point that putting a creative thinker into a financial services board is unlikely to be successful – so an additional challenge is who can be creative and futurist but still work with traditional board members.

I have thought for a while that businesses would do well to emulate the university model of having advisory boards. I chair one for the University of Leeds – with senior people from Microsoft, M&S, Barclays, the NHS and a number of fast-growing small businesses. We help the management division to design its courses and shape its research to be relevant to businesses, plus spending time with students on careers advice and contributing to teaching sessions.

I wonder if this should not be the norm for businesses of the future? To have the traditional board still focusing on governance (it was wholeheartedly agreed that a bright spark could cause havoc on this area) but use your advisory board to shake up, challenge, bring in specialists and young people, have real diversity of thinking and create dynamic strategies for the future.

Certainly something has to change at the top.

As I am writing this blog, I have just seen the BBC’s announcement that 1,000 jobs are to go because one million fewer people have a TV set than was predicted in 2011, just four years ago. This has left £150m gap in licence fee income.

If you look at the stats on the TV Licencing website, this 1m shortfall has presumably happened in the last year – there has been steady growth up until 2014 – neatly making the point about the speed of change and impact on individual organisations.

The ability for our leaders to learn and be comfortable with new thinking and technology are the most critical skills that we need for global businesses. How are we going to achieve that?