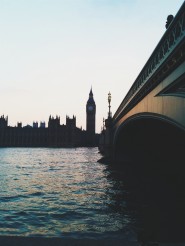 The Government has ignored evidence and trampled over the livelihoods of 1.6 million flexible workers claims a national accountancy firm as the Treasury unveils detailed plans to scrap tax relief on expense claims for contractors.

In a consultation on the controversial plan to remove tax relief on travel and subsistence expenses from April 2016, it also warns “the government expects business to pay a wage sufficient to attract workers” if they want to retain the freelance skills they need.

Danbro, which provides accountancy and professional employment services to more than 7,000 contractors around the UK, estimates the move could cost British industry as much as £7bn as they make up the shortfall in lost expenses.

Managing director Damian Broughton says: “The Government has just ignored the evidence and opinions from across this hugely important sector. They claim to have policies that promote business but this does not make business easier, it makes it more expensive.
“This is a stealth tax on the most important sector to the UK economy. Thousands of businesses rely on freelance workers to provide the skills they need in a cost-effective and efficient way. This is the modern way of working and the Chancellor is risking the health of our economy by restricting its growth.
“The Government also snubs appeals about the impact on take home pay, arguing this move will support Government ambitions of creating a high-wage economy – try telling that to a contractor who will lose £200 a week from March next year.”

The draft Finance Bill 2016, published today, has provided more details on who will be affected by the new legislation.

Anyone working through an intermediary such as an umbrella company or who is under the supervision, direction or control (SDC) of an employer will no longer be able to claim tax relief for expenses incurred getting to the place of work.

The new regulations also say if taxes aren’t paid properly or false documents are used to avoid SDC implications, directors of the intermediary and/or company will be liable, and the providers of the fraudulent documents may also be liable.

Despite more details being published, there is still a great deal of confusion about who will be affected. The Government has said it will provide further clarification on SDC but, critically, more details are still needed around intermediary legislation (IR35).

Mr Broughton adds: “The IR35 legislation is intrinsically connected, but the details of this still haven’t been published yet. We need that urgently so we can fully understand how to help contractors and recruitment agencies prepare.
“On the face of it, everyone could be caught out because in most cases someone will have the right to supervision, direction or control over a freelance worker. The Government are determined to push ahead in April but we still need more clarity.”

Research conducted by Danbro earlier this year found the move could cost each freelancer an average of £200 a week – totalling £16.6bn a year for the UK’s 1.6m contractors. The poll also revealed just 25 per cent of freelancers would take on a contract without tax relief on expenses from April next year.