How to grow your business – top tips from 400 entrepreneurs 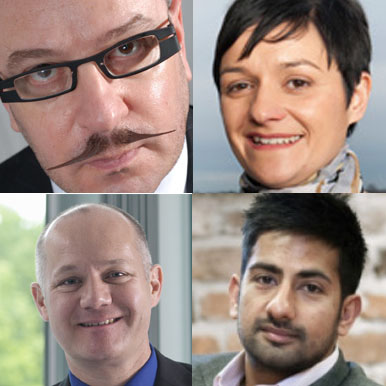 Looking back on his time as Insider’s deputy editor, Northern Lights communications director Ben Pindar shares the secrets of business success from the hundreds of top entrepreneurs he interviewed over the years. This blog first appeared on Insider Media.

Over the past few years I’ve been in a privileged position that many would pay a small fortune for. Each day, I’d meet some of the country’s top entrepreneurs and then ask them to tell me the secret of their success. A rough calculation shows that I’ve had the pleasure of meeting more than 400 entrepreneurs whose combined business value extends well into the billions.  I’ve gained a rare insight into the mind of someone who knows how to deliver business growth and picked up some real gems for finding success – even during the recent economic storm.

These insights are a valuable commodity and I’ve attempted to distil this wisdom into a definitive guide to delivering business success in this blog.

One thing that unites all entrepreneurs is a twinkle in their eye that says ‘times are tough, the hours are long, but I know a secret’. The recent economic gloom means confidence has been a rare commodity but, despite that, every entrepreneur I’ve met has been brimming with it. Confidence and self belief is a key ingredient in the entrepreneurial mix. Success is all about winning business, but many of the entrepreneurs I’ve met don’t claim to have a gift for grabbing deals and many simply put it down to serendipity. However, the one gift they all have is the ability to identify a lucrative new opportunity where few others can see it. John Hayward of Pressure Technologies told me: “Entreprenuerialism is not some mystical goal everyone should aspire to – it’s simply about spotting opportunities and seizing them.”

Entrepreneurs need to always be alert to new ideas argues Deidre Bounds. She says: “The key is not to close your mind to one sector. You have no idea what the world will look like in five years and you will miss out if you just head down one route.”

Every successful entrepreneur has a network of scars from the pitfalls on the road to success. A fierce passion for your business dreams is vital along with a streak of sheer bloody-mindedness. International entrepreneur Richard Kaye of the Fired Up Group says every entrepreneur needs “a strong belief, almost bordering on delusion”, while Jonathan Turner of the Bayford Group goes further, saying: “A sense of humour, thick skin and the ability to continually pick yourself up, dust yourself down and keep charging forward is essential.”

A relentless work ethic was always a key theme of every interview. If you take one message from this blog it’s this, the bedrock of business success is hard work. Every single business leader described working relentlessly in the early days of their enterprise – with one beleaguered business leader saying his first five years were “truly horrendous” – and many I met were still working seven days a week.

Business glory is a long and arduous journey. Gareth Davies of Frog Trade warns “If you want to start your own business to make lots of money or to create more free time, you will not succeed”, while Secret Millionaire star Carl Hopkins adds: “If you’ve been led to believe that becoming an entrepreneur is easy, you are in for a shock.” 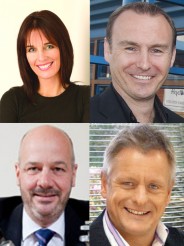 With the business offer, the golden rule is to be different. Many work to offer a unique product that few can hope to match, while  others differentiate themselves with customer service. Firth Rixson’s Brian McKenzie says: “If you’re not the best, you simply will not stand the test of time,” while James Lambert of R&R Ice Cream told me: “It’s the same with any business, you have be really good at one thing.” Nunwood’s Clare Bruce adds: “If you don’t stand out, forget it. Commercial success is perfectly correlated with differentiation.”

A fearless attitude is vital, with every entrepreneur at some point taking a gamble on their future. Mark Stuckey of Magma Ceramics says indecision can kill a business and has a mantra of “screw it, just do it”, Sohail Rashid of Property Network says “if you believe, just do it”, and Everbuild’s David Seymour adds “you don’t get anywhere by being shy.”

Jonathan Sands of Elmwood says you need a fiercely competitive streak: “To be a success, you have to treat business like sport – you have to want to win at everything.”

However, a fearless approach must also follow the business strategy. Many entrepreneurs warn against growing too quickly and say success must be delivered in a measured way. Ella Snowball of Recruit4health says: “You can easily spread yourself out too thinly, so you have to rein yourself in and build a business slowly. It’s all about having a strategy and then sticking to it.”

8.      Invest, innovate and be international

Unsurprisingly, from all the business mantras I’ve heard over the years I’ve now developed my own. It’s called “The Three I’s” – Invest, Innovate and International. 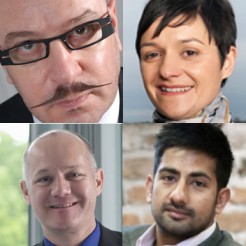 Without fail, every leader I’ve met has ticked every one of these boxes. They’ve invested in their product, offer and team, they’ve delivered innovation throughout the business and they have diversified into growth markets around the world or have found overseas partners who can enhance their offer at home.

Richard Shaw of Ellis Patents told me: “There are two strands to success. You must always have a new, improved offering – you can’t just keep peddling the same old stuff – and you must export.”

Investment is crucial. Jonathan Straight of Straight PLC says “you have to invest just to stand still,” while Hugh Facey of Gripple warns “If you invest you grow. If you don’t invest, you die.”

Innovation is equally important, with Keith Jackson of JRI Orthopaedics saying everyone across the business should be looking for innovation at every level and Tata’s Mark Broxholme also saying: “You can’t be scared of reinventing. You have to look for the hotspots and make sure you are there.”

Another rule is that you must trade with other countries if you want to grow. However, many businesses still see international trade as a major undertaking and fear taking their first steps on foreign shores. All said the investment was invariably worth it and Jim Hart of Europlus direct says there’s no need to fear exports: “People need to realise it’s no longer international trade, it’s just trade. The world is our domestic market now.”

The most important element of business success are your people. Every leader I’ve met paid tribute to their team and said that having a talented, driven and dedicated workforce that shares the passion and vision for the business is vital.

Bruno Jouan of VTL Group said “success is about putting people around you who will enable you to succeed”, John McAndrew of CallCredit said “recruit people better than you, you don’t want a mediocre team”, and Larry Gould of thebigword also said: “Business succeeds because of its people and people succeed because of the environment around them. We work hard to make our people successful.” 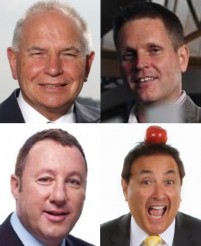 Another key element of the people is the ideas they can provide. A “back to the floor” approach was seen as a key method of sourcing fresh ideas while also help to motivate a winning team.

AESSEAL’s Simon Boon said “it’s no good sitting in an office with the top people – get on the shop floor and look for the opportunities,” while Martin Port of Masternaut and BigChange adds: “The best businesses are those where the entrepreneur has a finger in every pie. You have to be part of the shop floor.”

To conclude, there is no “get rich quick” formula but a bright idea, a huge amount of hard work, a winning team, a fearless approach and a bucket load of passion there’s hope for all of us who dream of business glory.

11.   The bonus tip… (always go one step further than everyone else)

On a final note, don’t be afraid of failing. Of this billion pound panel, around 90 per cent had failed in a previous business attempt before they finally found success. Most importantly, every one said it had been a valuable lesson in their growth as an entrepreneur.