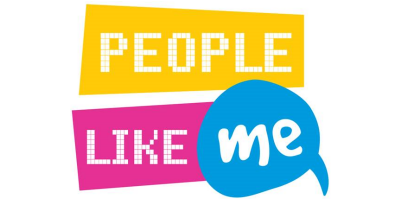 The WISE campaign and techUK, the industry body representing the tech sector, today (31 January 2017) announced plans for the revolutionary People Like Me resources to go digital.

The new online resources will be designed to encourage more schoolgirls to think about their own personality and how their attributes relate to STEM careers.

The first sponsor and event host, CA Technologies, was also announced along with a call to find a further seven sponsors to ensure the digital project is rolled out to 200,000 female students over the next five years.

Helen Wollaston, chief executive of the WISE campaign, said: “65% of the UK’s mixed secondary schools have no girls doing Computing at A Level and many have no girls doing any STEM subject in the sixth form.  We can’t address the UK’s skills shortage if we lose so much talent after GCSEs.”

Despite girls outperforming boys in GCSE STEM subjects – 71% achieve grades A* to C against just 62% of boys – just 7% of girls move into higher STEM programmes against 24% of boys on the same path.

Jacqueline de Rojas, techUK President, and Managing Director UKI of Sage, said: “To create a digital nation of significance, we must address the growing digital skills gap. There’s an urgent need to build tech skills and equip our workforces for the digital age – it’s vital for supporting and enabling our businesses to continue to power up the UK economy. An important part of closing the digital skills gap is addressing the issue of diversity in tech. Girls taking computing at A Level has declined by 70% – and boys are four times more likely to take IT GCSE than girls. That’s why I believe ‘People Like Me’ is such an important resource to get more young girls engaged with digital and STEM from an early age. It will empower them to understand the wonderful opportunities in tech.”

Created by the WISE campaign, which promotes women in STEM, People Like Me has been used in nearly 500 schools.  From piloting, more than half (58 per cent) of those involved showed an interest in a career in STEM thanks to the test’s new approach to personal analysis and career discussions. Further evaluation will be available later in 2017, but in one school a quarter changed their minds entirely and a third had their interest in STEM reinforced.

The resources work by allowing girls to use their natural tendency to define themselves by adjectives – such as imaginative, good with numbers or creative – whereas boys would tend to describe themselves as an engineer, physicist or scientist. The People Like Me tools then translate the descriptions into types of worker, such as Explorer or Regulator, Persuader or Developer, and show which STEM careers could be of interest.

With British companies facing a STEM skills shortfall of 69,000 recruits a year, bosses are hoping this initiative will help reduce the gap.

tech UK board member and Vice President at CA Technologies, Sarah Atkinson said:  ““Today, every organisation relies on technology to power their business and the war for STEM talent is real.  Through our Create Tomorrow programme, we are committed to inspiring, influencing and educating young people about the career opportunities in STEM and we believe that the People Like Me Goes Digital programme will make a significant impact in increasing the number of girls in our sector.”

More information about People Like Me – Careers in a Digital World can be found here.