It’s time for communications professionals to be confident 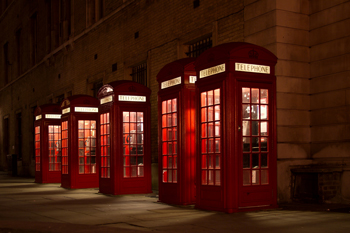 What is the role of a communications professional?  Are they there to push out the ‘corporate message’ or to challenge the very core of what the company or organisation should be doing?

Should comms people have known and challenged the VW board around its emissions – knowing that one day when it was found out, it would destroy the reputation and share value of the company?

When a leader says ‘this is confidential, you must not let anyone in the company know’, should they turn some of this around and say it would be better to involve people in these decisions earlier, let employees own and help with some of this?

All these thoughts have been going round my head for years, but really hit me when I was delivering a course on Change Communications for the CIPR recently – I stepped in to do an extra session as this course is so heavily booked.

What is change communications?

Why is this course so popular and what is ‘change communications’?  The issues facing the dozen people on this course covered mergers, integrating overseas acquisitions, changes to pay and pension structures, a business being in a declining market and regulatory uncertainties – would they have a business in a few years?

All of these affect employees, their motivation to work – which directly impact an organisation’s performance and long term success. Yet it is clear that many, if not most, on the course were thinking of comms in terms of how to put information out – as one delegate said ‘we have done email and intranet to death, what are the effective ways to communicate?’

Change is now the norm

The reality is that change is now the norm in any organisation.  And the pace of change is only getting faster.  Numerous factors are driving change.  Technology is playing a big part– whether external impact on markets or internal efficiencies; cost-cutting and government changes –including Brexit and all that will bring – as well as customer expectations and our changing world.

Any company that thinks its business model has worked for 20 years and will continue to work for 20 years will probably be out of business very soon.

What is the impact of communications on employees?

So what is the role of ‘communications’ in all this? Listening to delegates, it is clear they are seen by leaders as a means for sending information out – not to engage employees in the change process.

Change is unsettling.  I used the brilliant exercise that Jon Dean mentions in his guest blog for us on Five Ways businesses Fail in Communicating Change (thanks for the idea Jon!).  In the middle of the morning, I suddenly said I wanted everyone to write a song about change, bringing together all the points we had discussed in the session so far.  Everyone looked puzzled, a few were terrified and some looked irritated.  I gave them five minutes and then mentioned they were going to perform their song.  I asked for a volunteer to start the process – and then said I had changed my mind again.  I could suddenly see a dawning on everyone’s faces – we had just gone through a concertinaed process of change. 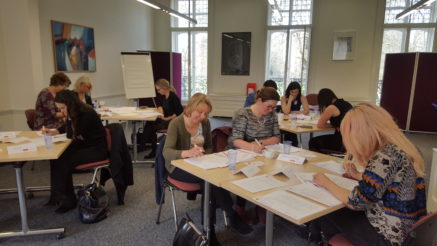 The mood lightened in the room, there was nervous and relieved laughter and then we discussed how they had felt.  One said ‘paralysis set in when you said to write a song’ and another said ‘I couldn’t see the point – why?’

The key parts of any change programme are

There isn’t much about emails, intranet or newsletters in here?

What is the role of communications professionals?

What was clear to me in that session was every single delegate had a really good instinct about communications – in their hearts they knew what needed doing, they just didn’t have the confidence to challenge and help from a strategic perspective.

And when you think about it, why wouldn’t they?  We discussed how leaders are focused on getting the finances to work, agreeing the deal till the early hours with the lawyers, meeting regulators, trying to understand future options.  There is little head-space to think through ‘how does this feel for employees, when and how should I involve them in our thinking?’  That is the job of the comms team.

Newsletters or line managers to communicate?

We had a lot of discussion around the ‘best’ ways to communicate.  Of course, there is no ‘best’ way – you have to use dozens of different ways to communicate to people as individuals.  We discussed our different learning styles identified by Honey & Mumford; cultural issues – as an example, people from Asian communities tend not to want to challenge senior people or offer opinions as easily; and our NLP preferences for visual, auditory or kinesthetic messages to the brain.

All of these affect how we should communicate.

But the most effective way to communicate is through line managers.  They are the ones who can translate the big picture to the relevance for teams, answer questions and give reassurance about the future.  But can your line managers communicate effectively?  These are not easy sklls – in particular, taking feedback without being defensive and then doing something with that information.  And going back to their teams later to complete the comms loop – ‘you said this, I’ve discussed/asked about it, this is what we are going to do, this was a good idea, thank you’.

What should comms people be doing differently? 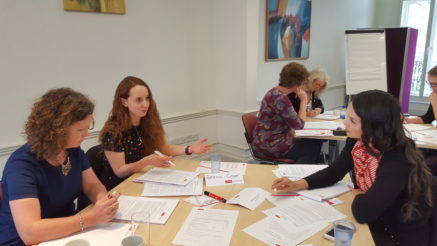 Perhaps the quickest way to answer what communications people should do differently, is to let the delegates speak for themselves.  These were their thoughts on their roles, which they jotted down at the end of the day

“I will communicate differently with line managers”

“Need to consider the psychology behind change”

“Comms people are not just ‘advisors’/’guiders’”

“Disruptors will have genuine issues to consider”

“Will be more pro-active in evaluating comms and driving forward, more understanding of individuals”

“Confirmation that communication is not just official messages”

“Seeing myself less as a ‘service’ but contributor”

These really say it all, with thanks to the delegates!

So if you are a comms professional and think communications should be done differently in your organisation, will you trust your gut instinct next time?  Do you just need to be more confident?

We would love to hear your comments on what you would do.